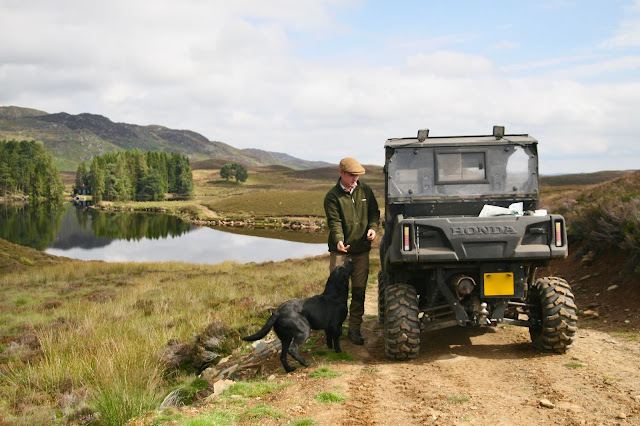 SGA Young Gamekeeper of the Year Ciarin-Woodman Robinson on the Perthshire estate where he works.
Supplementary food put out on shoots helps declining farmland birds through the 'hungry' gap.
Skilled land management by gamekeepers provides tens of millions of pounds of free environmental and climate benefits every year in Scotland and beyond.
That is the findings of a new report called Gamekeepers: Conservation and Wildlife which surveyed nearly 1000 gamekeepers working over 1.6 million acres of the British landscape, including Scotland.
Among the key findings were the multi-million pound private investment in planted game crops and supplementary food on lowland shoots which helps susceptible farmland birds survive into spring.
In the uplands, 93.5 percent of the moorland gamekeepers surveyed have blocked old agricultural drains to ‘re-wet’ the moors in the last 5 years, helping to reduce downstream flooding and to restore peat forming species which help store carbon.
No fewer than 71 percent of respondents have planted trees in the last decade, with the average size of planted area being the equivalent of 47 football pitches per respondent.
Gamekeepers are also controlling deer populations to protect the forest habitat with their holdings investing, on average, nearly £10 000 a year on protective fencing.
As well as 30 percent of respondents having biomass or solar energy projects on the land they manage, 54.5 percent of upland gamekeepers are engaged in privately funded control of invasive bracken on an average of 85 football pitches per respondent.
The email and postal questionnaire responses were analysed by the Game and Wildlife Conservation Trust (GWCT) Director of Research, Professor Nick Sotherton, after members of the Scottish Gamekeepers Association (SGA), the National Gamekeepers’ Organisation (NGO) and GWCT were polled last April.
SGA Chairman Alex Hogg said: “In popular media, Gamekeepers, stalkers, ghillies and wildlife managers can often be portrayed, wrongly, as standing in the way of habitat rejuvenation or progress. This survey shows entirely the opposite to be true. It gives a flavour of what it taking place in managed areas, every single day.
“These skilled land managers are not bashing away at keyboards, they are on the land in all weathers. The many aspirations we, and governments, have for our land and our climate must encompass their know-how, their passion and their ability to deliver effectively at minimal cost to the public purse. Shooting income provides the investment and incentive to continue that management.”
While some gamekeeping activity, such as the planting of wild bird cover, is partly met by state-funded environmental schemes, the scale of private investment remains significant.
Of the 90 percent of respondents who planted game cover (which benefits other birds and wildlife) 81 percent of that was financed privately.
A total of 98 percent of those who were providing grain did so after the end of the shooting season when species such as linnets and thrushes encounter their ‘hungry gap’.
Private food provision on pheasant shoots after the end of the shooting season amounted to 4309 tonnes.
If this was translated into typical Garden centre prices for 1 kg bags of woodland bird and table mix, this tonnage would cost in the region of £15-£17 million to fund.
Liam Bell, Chairman of the NGO, said: “The extent of their role (gamekeepers) is not always fully appreciated, but without their efforts, knowledge, skills and love for their individual patches of land, our countryside and wildlife would be in a much more precarious condition.”
Professor Nick Sotherton, director of research with the Game & Wildlife Conservation Trust, who analysed the results said, “We were delighted to repeat the analysis of this survey which was first carried out in 2011.
Comparing the two studies has been fascinating and shows unequivocally how modern gamekeepers, with their extensive skills and knowledge, are now at the vanguard of the conservation movement in this country.  Without their considerable contribution to conservation in the UK, wildlife and landscapes would be much the poorer.” 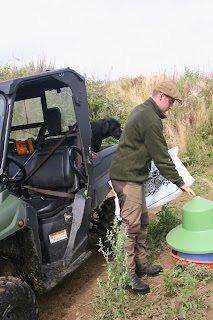