Welcome to The Scottish Gamekeepers Association’s Year of Employment, #YofE2022 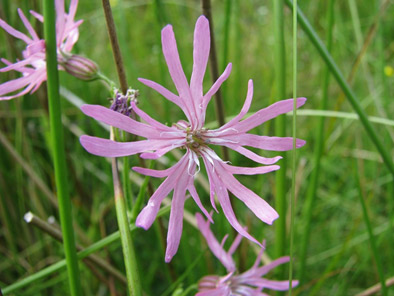 From August to August, #YofE2022 will look at the jobs sustained in our communities because of game shooting and fishing.

It will look at work carried out by men and women on land and river, delivered to Scotland often free of charge.

This work, and the local knowledge and practical delivery skills wrapped up in the game sector, will be vital to Scotland, as a proud, small nation as we embark on the journey to Net Zero by 2045. 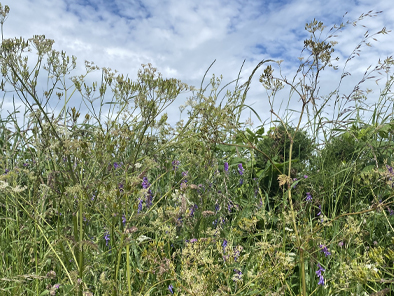 If you add Scottish Government’s own nature advisers, NatureScot (613 jobs) there are still more people employed in shooting and fishing than in leading Conservation NGOs today (2817 jobs) (2)

The majority of these jobs are in remote rural areas. They are helping to keep families in scattered communities. Shooting and fishing even sustain more jobs than was created by Glasgow’s Commonwealth Games in 2014 (2100 jobs). (4)

In total, shooting and fishing support 13,100 FTE jobs in Scotland (5)

The land these activities take place on is mostly unproductive and in Less Favoured Areas, with poor connectivity and access to public services. These areas contain scattered populations with few residents per size of land mass, and few other employment opportunities.

The recent Scottish Government commissioned report into Grouse Shooting, for example, was clear: The activity makes a ‘disproportionately important economic and employment contribution in the communities where it takes place.’ Grouse shooting is only one element of shooting in Scotland. (7)

Rural Workers for Net Zero (to read, click the + symbol)

Where is modern Scotland going?
What relevance do these shooting and fishing jobs have in our society today?

Let’s take a look at what Scotland’s upcoming priorities are.

In November, Glasgow hosts the 26th UN Climate Change Conference, COP26. Leaders will meet to discuss emissions targets, aimed at keeping climate warming within reach of 1.5 degrees by the middle of the century.

These targets are ambitious. They will take skills and significant public spending.

Can gamekeepers, deer managers and ghillies of river and land, help Scotland get there?

Yes. In fact, when it comes to delivery, they are equipped and more than ready. 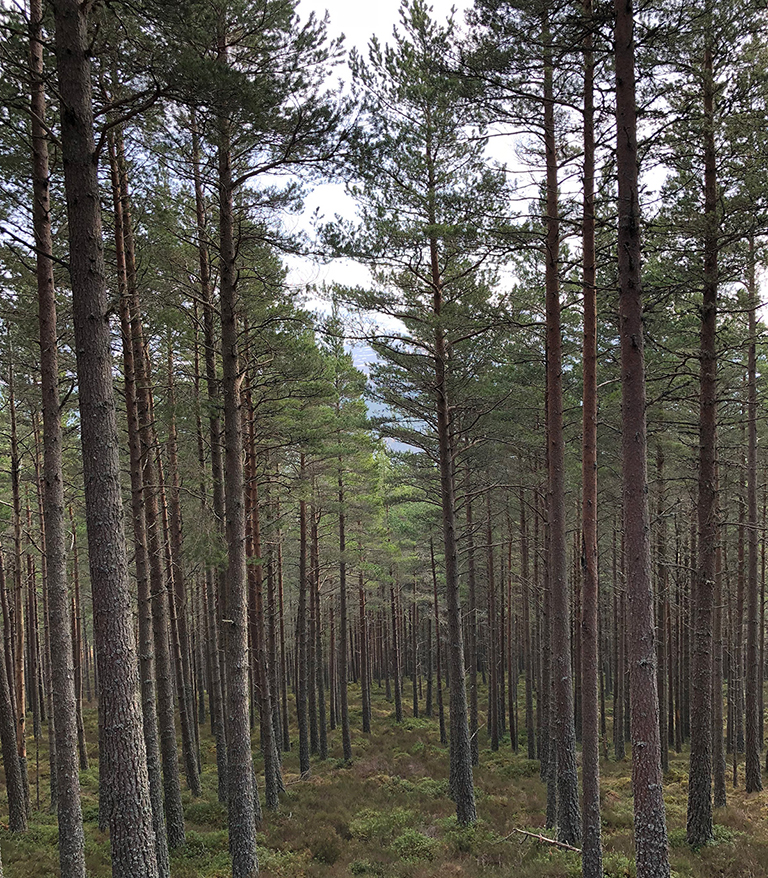 What does this have to do with shooting?

Other than the fact that gamekeepers are managing over 190 000 hectares of UK woodlands, growing trees means you have to manage the herbivores which browse them (9).

If you don’t you may as well throw hard earned tax payer money away. As a nation recovering from Coronavirus, we can’t afford that.

Forestry and Land Scotland, a Govt body, spend nearly £6m of public taxes every year managing deer and other herbivores, through shooting and fencing.

Scottish Gamekeepers Association (SGA) members have managed a million deer in the last decade, in all environments, from hilltop and woodland to the coasts and fringes of our major cities. No other entity has managed, skilfully and humanely, more deer in Scotland, through its membership, than the SGA.

Those million deer cost the Scottish tax payer nothing.

Those deer management skills (which require qualifications) are paid for by people who enjoy sport shooting or by farmers/landowners who pay to protect food crops.

- the health of an iconic Scottish species is maintained
- that habitats are protected from overgrazing
- that food crops for people are protected
- that jobs are created, helping to safeguard communities and people
- that Scotland takes another step to becoming a Good Food Nation (10).

On the journey to Net Zero, Scotland needs this free resource of skills more than ever. You can read more about the SGA’s 10 Year Deer Vision, here. 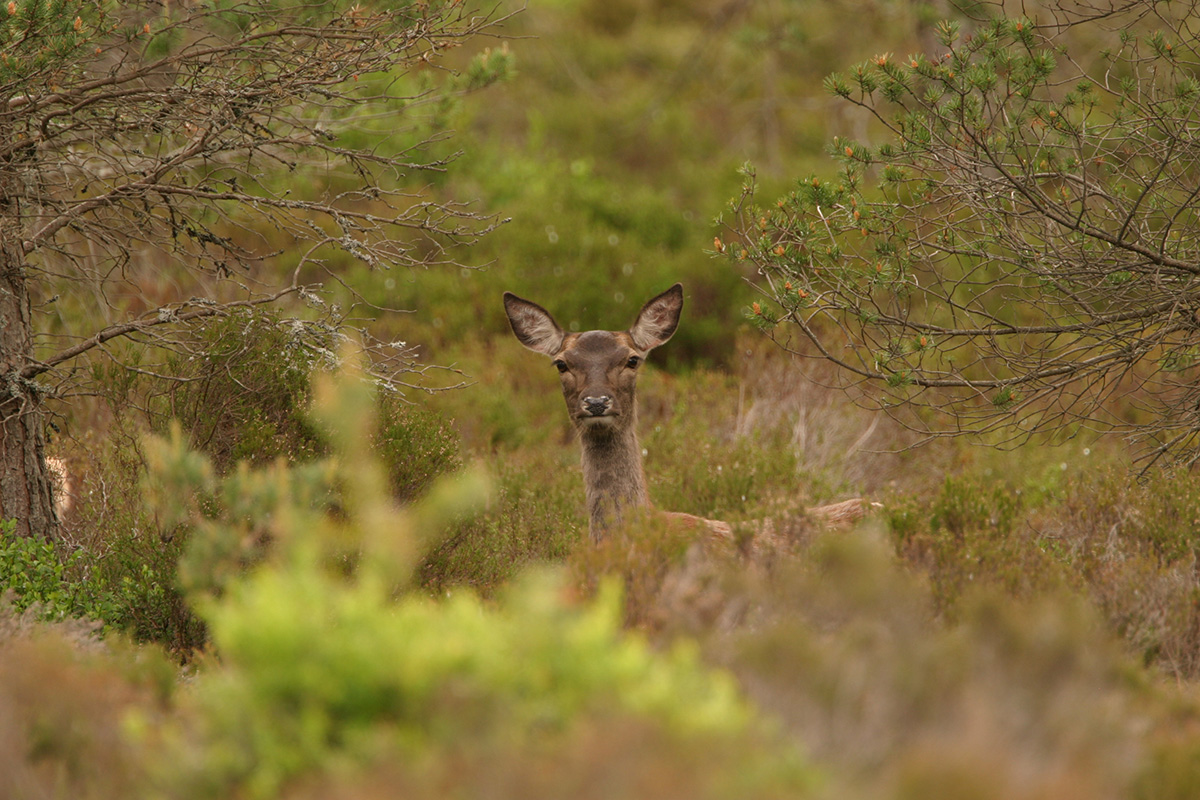 It is not just traditional highland deer stalkers or ghillies who are managing deer.

The Scottish Government aims to restore 250 000 hectares of peatlands on the road to Net Zero.

In the last decade, gamekeepers have been voluntarily blocking drains on our moors, which can contain peat which builds up over time.

These drains were installed, with Government support, in the 50s and 60s, to promote agricultural grazing. By blocking drains, gamekeepers are keeping moisture in the moors.

This helps slow erosion during prolonged dry spells, which can lead to carbon loss. It also promotes a richness of invertebrate life and moorland flora. 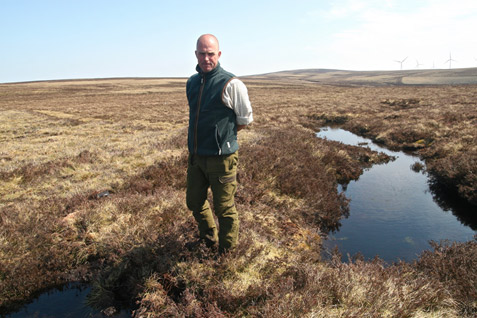 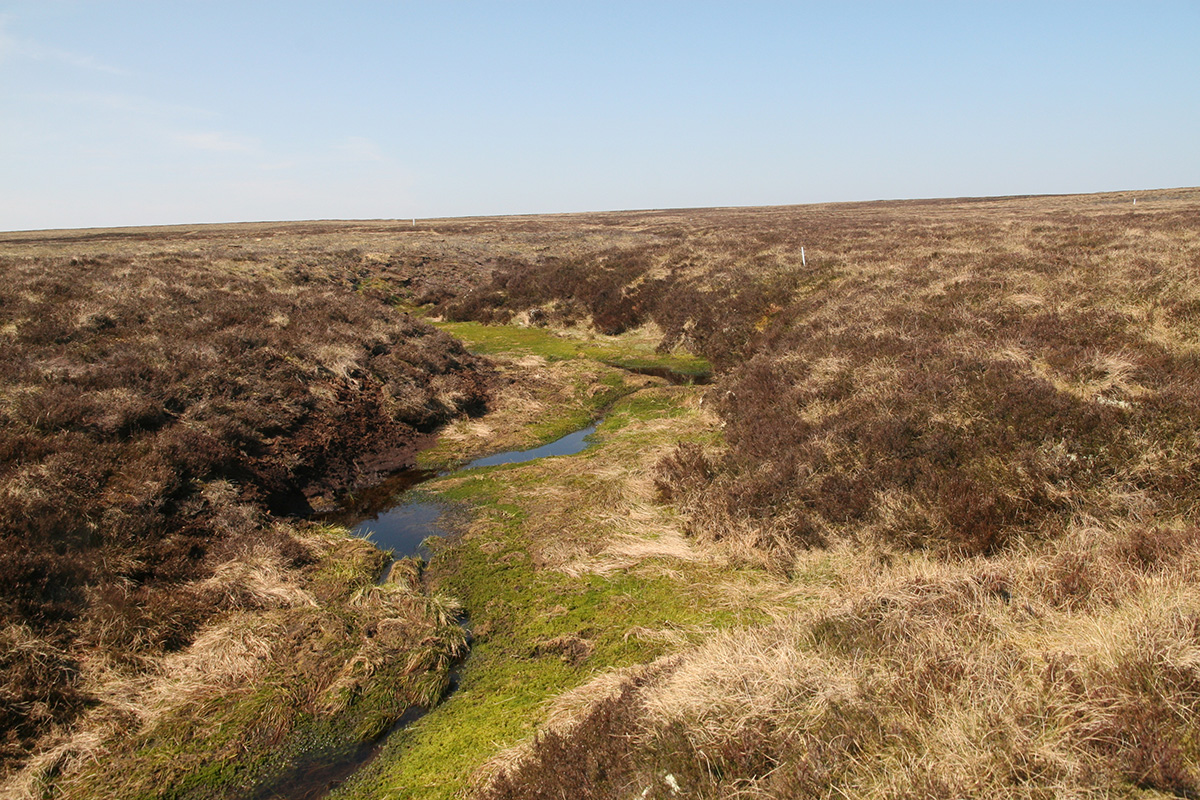 Whilst this management action has been delivered free, paid for by shooting income, some shooting estates have received Scottish Government subsidy for peatland restoration.

Gamekeepers also carry out low severity rotational burning over the surface of peatlands (muirburn). These quick ‘cool burns’ remove rank vegetation on the surface but do not burn the moss understory. Neither do they burn into the peat below the understory, as some opponents of grouse shooting claim.

To find out about surface cool burning (muirburn): what it does and doesn’t burn, watch the short YouTube film: Mars Bar V Muirburn*. You will see the fire does not reach the peat.

Why introduce fire at all when peat is stored below? Surely that risks carbon loss?

It may seem counter-intuitive to burn strips or patches on the surface of peatlands to protect the peat stored in layers below. However, these small surface fires create firebreaks and these breaks stop fires from spreading, preventing catastrophic carbon loss from wildfires.

Unlike quick, cool surface burns (carefully managed by gamekeepers) these high severity fires are out of human control. They will burn into the peat below, sometimes raging for miles.

Gamekeepers carry out muirburn, principally, to promote grouse shooting, the business model which provides the income to keep everything going.

However, in return, Scotland gains peatland protection for free, undertaken by skilled professionals with combined centuries of fire knowledge and the right equipment and manpower to carry it out as safely as possible and in the right conditions. 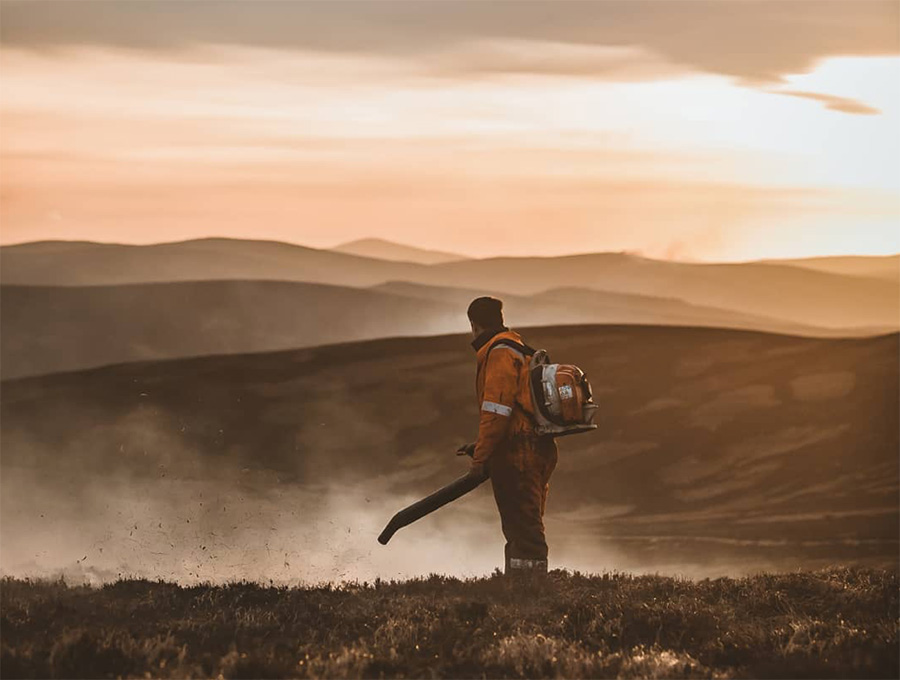 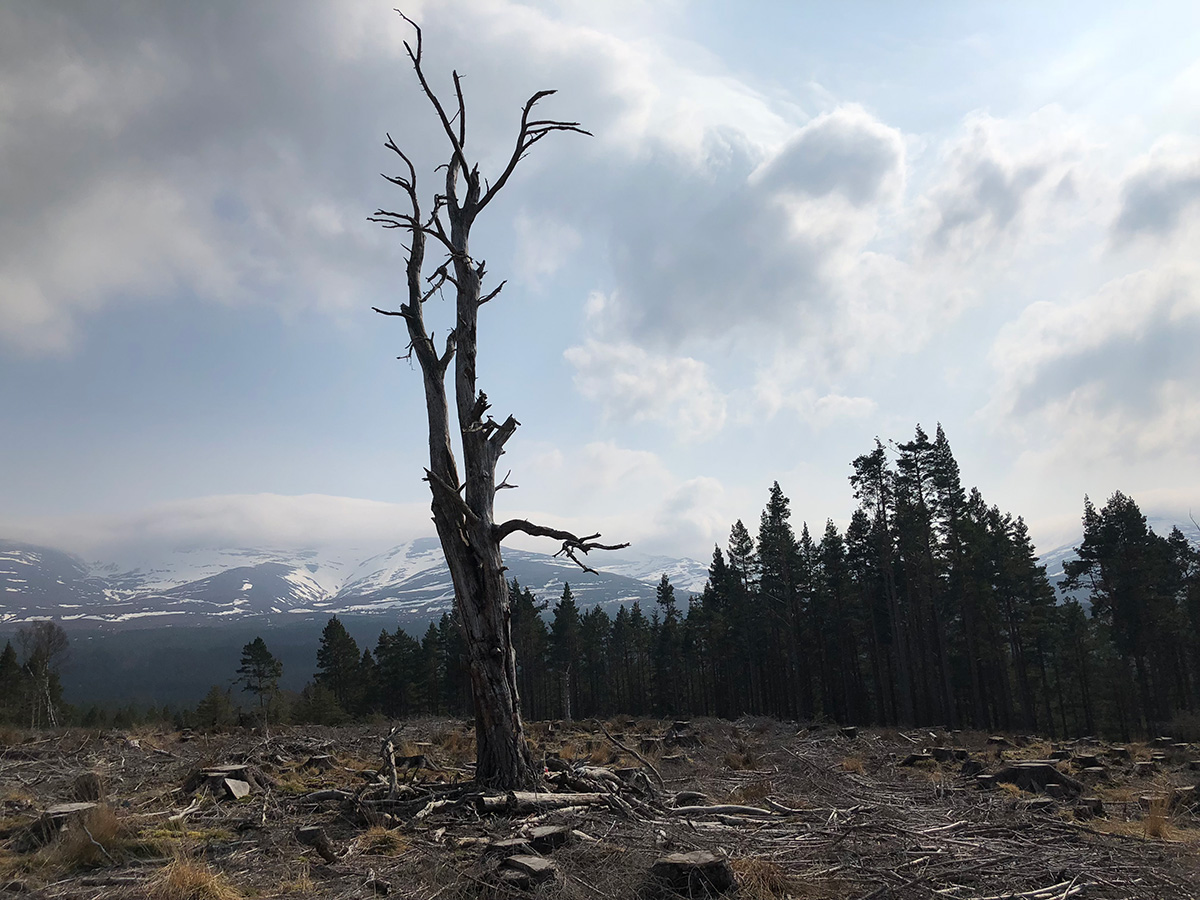 Furthermore, scientists are beginning to understand that low severity surface fire actually helps peatlands to store the carbon contained below- and for longer. To read more, click here.

Where surface vegetation is not managed, and unbroken fuel builds across our landscapes, wildfires are a distinct and worrying possibility. All it takes is ignition. With more people taking to the countryside to enjoy recreation and health benefits, there are more opportunities for accidental ignition to occur.

Wildfires in a Climate Emergency

We have all seen terrifying mega fires on TV.

It may seem distant but Scotland is not immune from this.

If we are to protect our woodlands, habitats and peatlands (plus the carbon stored in them) we need preparation, mitigation and, importantly, trained support for our fire crews.

What’s the link with shooting and fishing?

Take a look at the photograph of the A4 list.

In 2019, a huge wildfire broke out at Knockando in Moray. (You can see the scorched aftermath in the video in this section below).

On Day 1, it burnt out 25 sq miles of grassland and woodland, releasing a plume of smoke seen from outer space.

Properties were evacuated; windfarms threatened. It reignited and burned a further 19 sq miles before finally being fully extinguished after 17 days; the peat finally stopping smouldering.

The shooting and fishing estates in the photograph are those who sent skilled staff and equipment to assist Scotland’s Fire Service.

That service was given to Scotland free of charge. These indigenous fire skills, contained within our game sector and gleaned over centuries, will be available to Scotland and will be needed more than ever as the climate warms. 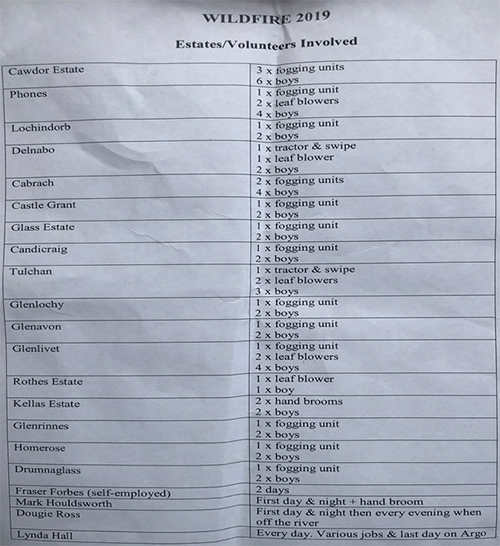 The income from shooting and fishing meant that Scottish Fire and Rescue Service had an extra resource of trained people, with equipment, ready to help at one of the biggest wildfires ever seen in Britain.

Since then, further steps have been taken to formalise this beneficial relationship so Scotland can call on the skills of gamekeepers, stalkers and farmers at future wildfires.

In future #YofE2022 instalments, we will look at another wildfire, in the Flow Country, which released 700 000 tonnes of carbon stored in Scotland’s peatlands. The fire doubled Scotland’s entire greenhouse gas emissions. It spread onto land managed by RSPB and was only finally stopped by a fortuitous change of wind direction and after diggers trenched a deep channel into the peat to create a firebreak.

We hope you enjoyed this short introductory article. We will have more over the weeks and months ahead. Please read and share the articles, using the hashtag #YofE2022

(1) PACEC: The Benefits and Volume and Value of Country Sports Tourism in Scotland Final Report 2015

(11) The Employment Rights of Gamekeepers: https://sefari.scot/sites/default/files/documents/Part%202%20-%20Gamekeeper%20Employment%20Rights.pdf

2. They are safeguarding moorlands from wildfire, preventing biodiversity loss.

3. They are safeguarding pollinators, butterflies and other invertebrates on which the moorland ecosystem relies.

When the Hayward family bought it in 1987, all the estate gamekeepers, stalkers, ghillies, farm and house staff were in their 60s.

Today, the estate has 6 pre-school children across 4 families living and working there. The average age of the staff is now nearer 30. At various stages since 1987, the estate has been the biggest employer in their corner of Inverness-shire.

The estate has a successful grouse moor, a low ground pheasant and partridge shoot, a farm with hill sheep and pedigree

It has conservation areas for red listed wading birds and black grouse, new native woodland planting and has renovated estate and farm properties for its employees, as well as a lodge which houses local community events.

This is made possible by shooting, farming and renewables producing income. Employment, community, biodiversity, food, energy and ecosystem services are being delivered largely free of public subsidy.

Head Gamekeeper Iain Hepburn said: “It’s good to see the progress but also the wider employment in the local area. Since I came here in 1989, employment of gamekeepers between the A9 to Fort Augustus has more than trebled, which has been good for the community.”