Scotland's uplands are not a 'game' warns author Ian Coghill. 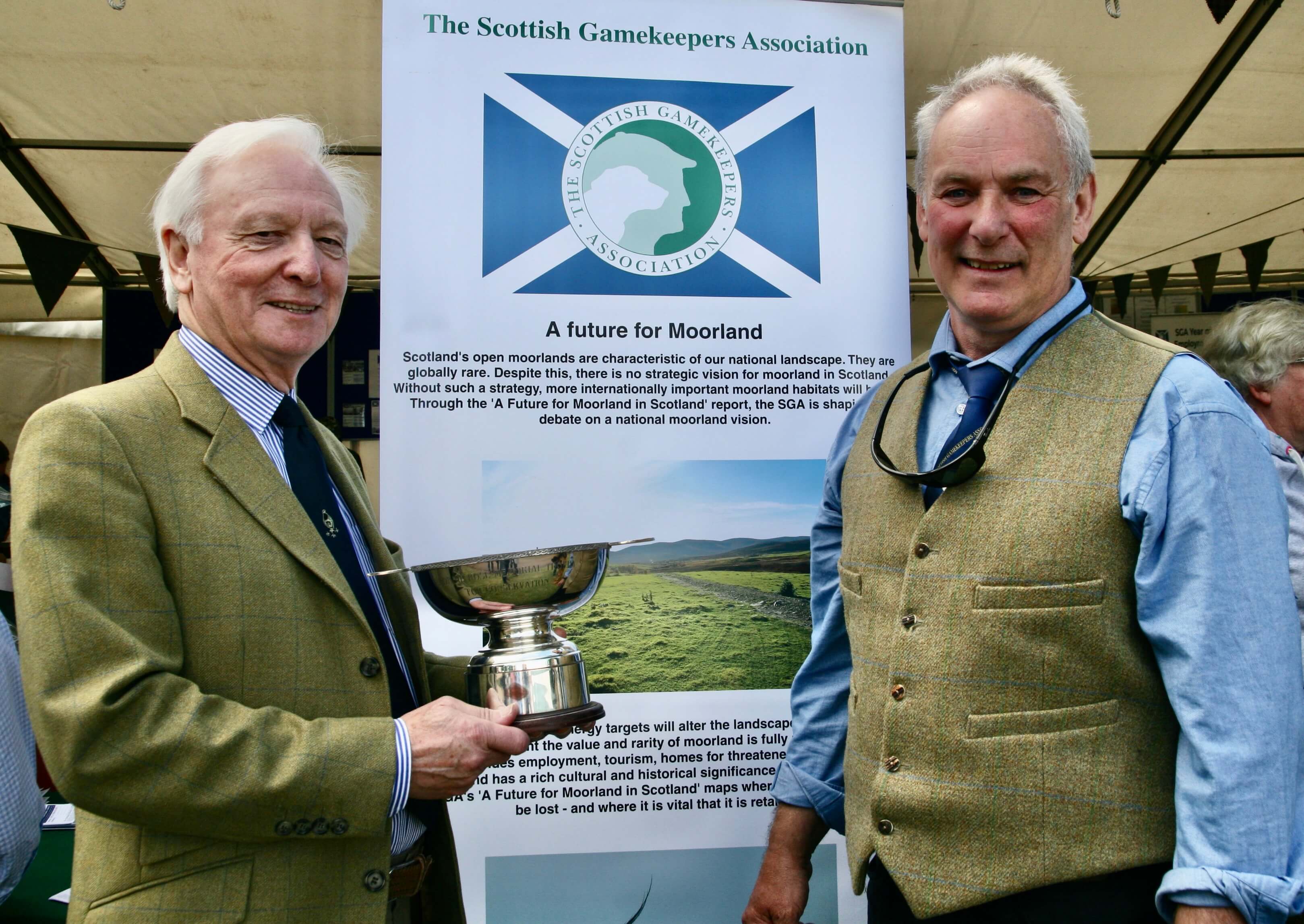 Treating Scotland’s upland habitats as a test-bed for vague visions while ignoring indigenous workers will lead to their destruction.

That is the warning from moorland expert and author Ian Coghill who collected the coveted Ronnie Rose award for Conservation and Education, at the GWCT Scottish Game Fair at Scone on Friday (1st July).

The trophy is presented annually by the Scottish Gamekeepers Association (SGA) to individuals who have devoted themselves to improving understanding of land or river management.

Mr Coghill, who received the award from SGA Chairman Alex Hogg, MBE, spent most of his career in local government before becoming Chair of the Game and Wildlife Conservation Trust.

His 2021 book, Moorland Matters focused on what he termed the battle for the uplands against the demands of ‘authoritarian conservation’.

However, Mr Coghill warns that sacrificing this deep well of native knowledge in favour of comparatively untested ‘alternatives’ could cause irreparable damage to unique habitats, rare wildlife and dependent communities.

“Some of the most important people in upland conservation today don’t have a voice and that is what motivated me to write the book Moorland Matters,” he said, after receiving the silver trophy, named in honour of the late Ronnie Rose: an acclaimed forester, wildlife manager and author.

“For me, it is about indigenous people. They don’t just work the land, they are of the land. What really annoys me, when I am meetings with influential groups such as rewilding interests is that they treat the issues in the uplands like an academic exercise.

“They think: wouldn’t it be great if we tried this, or did that. What they don’t understand is that these are real landscapes supporting real people, real jobs, rare bird assemblages, habitats and communities. This is not a game. If people continue to treat it as something to play around with, they will destroy it. That is what frustrates me and that is what I cannot allow to happen without doing something about it.”

The purchase of land at Kinrara near Aviemore by global drinks giant Brewdog created publicity when it emerged that gamekeeping and other staff had been made redundant and their cottages sold.

In Wales, the plight of farmers being priced out of productive farmland for carbon off-setting programmes was discussed recently by MPs at the Welsh Affairs Committee at Westminster.

SGA Chairman Alex Hogg said, “The uplands have always been about different land uses and trade-offs but it is a marketplace more crowded now than at any other time before.

“It is important that policy makers and MSPs listen to people like Ian Coghill, who have the wellbeing of rural moorland communities, and those who care for them, at heart. We are delighted to present him with this award.”

Also receiving recognition by the SGA was Long Service medal winner, Chris Macrae, from Isle of Lewis who has served over 40 years at Eishken Estate which offers deer stalking experiences, fishing and walked up sport shooting.

Chris is the 4th generation in a proud line of gamekeeping Macraes which have been linked to Eishken Estate for 147 years; an incredible family story.

“It’s a great privilege to get this award and an honour, really,” he said.

“I was driving down and saying to my wife, Donna, that when it all started with my Great Grandfather, you would never have thought it would reach this stage but we are still doing it and still enjoying it.

“We get a lot of visitors to Lewis, the family use the estate a lot as well and the next generations are coming as well, so all good.

“I see a future in Eishken and my own son, Duncan, is coming up as well. He does all the Stag and hind seasons with me so he is all trained up to go anytime, really.

“Hopefully that will be the fifth generation."