Minister on Hunting with Dogs- read and WATCH 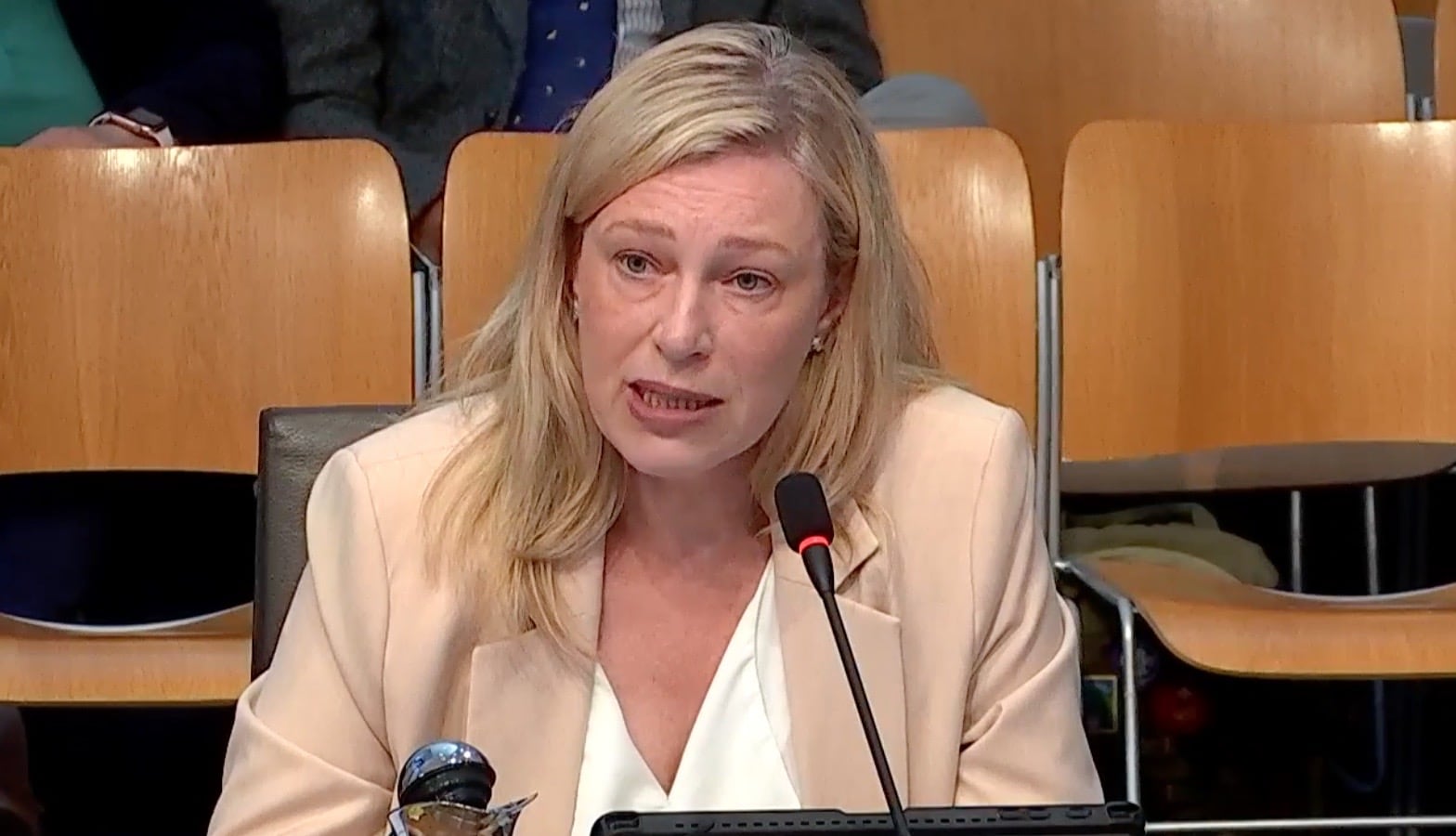 Minister Mairi McAllan addressed the RAINE Committee today on the Hunting with Dogs (Scotland) Bill, repeating that Scottish Government’s intentions with the Bill are to promote the highest welfare standards but also to enable legitimate fox control in Scotland for practitioners who genuinely require it.

The Minister was attending the session, with Government civil servants and legal advisers, as Holyrood heads towards the conclusion of Stage 1 scrutiny of the draft legislation.

The Scottish Gamekeepers Association observed the session, as an organisation representing members who require the use of professional foot packs on terrain which Lord Bonomy identified would be difficult to flush with 2 dogs, principally dense forestry and rough and hilly terrain.

When using packs of trained scenting dogs, SGA members are protecting farm livestock and ground-nesting wildlife, many of which are on the conservation list as threatened or declining (image below: curlew chick on managed moor).

While the Minister stated that a licensing scheme to permit more than 2 dogs, in specific circumstances, must be used only as an exception, and where there were no other alternatives, she also stated that Scottish Government were aware of the need to control foxes in rural Scotland.

‘Finding the balance’ between closing loopholes identified by law enforcement in policing the 2002 Wild Mammals Act (and to eliminate the unlawful chase and kill of wild mammals by dogs) whilst acknowledging (as Lord Bonomy did) the need for effective predator control is what Mairi McAllan described as the Scottish Government’s intention.

A licensing scheme, as proposed in the Bill draft, she said, must be workable and obtainable where genuinely required, but cannot be so loose as to be exploited, creating similar problems to the 2002 Act, which the government seeks to eradicate.

“…we want it (the licensing scheme) to be workable but it must be construed as being an option where there are no other options’.

In qualifying this, she said it would have been wrong of Scottish Government to ignore Lord Bonomy’s written view that, in certain terrain, two dogs would not be sufficient to flush foxes to waiting guns to be despatched.

In his own evidence, last week Lord Bonomy felt that the new Bill, supplemented by a licensing scheme, achieved the balance between eliminating the chasing and killing of foxes, which has been illegal in Scotland since 2002, whilst providing options for legitimate control where necessary.

The Minister and her team clarified that the Bill allows for prevention of damage and said it would not be the government’s intention for farmers to have to present ‘dead lambs’ as proof that a licence was needed.

Many other aspects of how the licence would work, she said, would be developed with NatureScot and stakeholders, with a final licensing scheme likely to be ready after the Bill receives royal assent.

You can watch the entire session, here: https://www.scottishparliament.tv/meeting/rural-affairs-islands-and-natural-environment-committee-june-29-2022?clip_start=10:01:43&clip_end=11:47:20

It is important, so we can best represent you, for you to fill out the questionnaire and send it to our office by email info@scottishgamekeepers.co.uk or by mail