Why we are supporting our members in the Cairngorms National Park

In late 2021, the Scottish Gamekeepers Association (SGA) responded to the Cairngorms National Park Partnership Plan. You can read the Plan, here: https://cairngorms.co.uk/wp-content/uploads/2021/10/NPPP4-draft-plan-pdf-long-format-digital-Oct-2021-FINAL.pdf

The SGA agreed with a number of proposals such as

However the Plan, if enacted, will seriously impact the viability of game sector businesses, placing our members’ jobs at risk. That is why we are supporting the Protest, organised by Grampian Moorland Group.

Skills and knowledge contained within the SGA membership, in areas such as humane deer management, wildfire mitigation and species recovery, can help the CNPA Board reach goals for Carbon and Nature.

But our members can’t participate if they are out of work in the Park. That’s the bottom line, and it doesn’t chime with Just Transition principles which says no one should be left behind in the quest for Net Zero by 2045.

The Park needs to take its people, and their skills (a privately funded) with them on the journey. Instead, the Plan erodes their economic base and undervalues their contribution to opportunity in the Park, to nature and to habitats.

Why do we disagree with the Plan?

Tree Targets and the reasons behind it:

The Plan proposes 35,000 hectares of new trees by 2045. The majority will be unfenced regeneration.

What did we say in our Response?

We said there is need for greater assessment of impacts. We called into question whether this work had actually been carried out before the target was declared.

“The right tree, right place reasoning is good but, on the ground, what assessments are being made by the Park to establish what is right in each circumstance? Insufficient work has been carried out in Scotland generally to identify where tree planting/regeneration will have definitive carbon benefits.

Nationwide, not enough work has been done on soil carbon or identifying which part of the habitat is sequestering the carbon.

The work by Nina Friggens et al, 2020: https://onlinelibrary.wiley.com/doi/full/10.1111/gcb.15229 ‘Tree Planting in Organic Soils does not result in net carbon sequestration on decadal timescales’ should represent a ‘foot on the ball’ moment for upland researchers.

Given the implications, the Park must be honest about the rationale, science and data driving this target, including how it is able to confidently judge that trees are the right option on a given piece of land.” 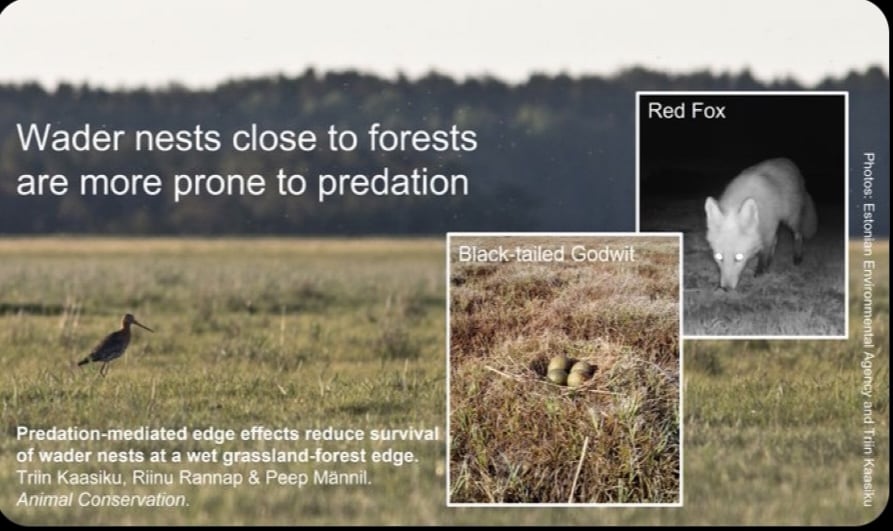 In proposing its woodland target, the Park Plan is advocating a sizeable shift away from open habitats.

What did we say in our Response?

“Biodiversity can be enhanced by tree regeneration/planting but not always. Generally, woodland species are faring better in Scotland, in line with increasing tree cover, nationally. In contrast, open habitat species in the uplands are in a pattern of decline.

The mountain hare, now fully protected, has been proven to decline upon tree canopy closure and red-listed wading birds avoid habitats close to areas of afforestation. It is a choice, therefore, to shrink the habitats of birds and mammals who require open upland habitats. The Park must be honest about trade-offs and what will be achieved.”

We said that further eroding the already marginal activity of deer stalking will cost jobs, with some parts of the Park already suffering large deer reductions in unfenced forestry.

“SGA members have managed more deer in the last decade than any other representative organisation in Scotland (over 1 million deer). The biodiversity benefits of this should not be forgotten by those shaping policies which could further undermine their economic viability. Deer managers and their jobs (and game managers) make up an interwoven element of the Park’s cultural heritage which cannot be readily sacrificed. Indeed, their contribution outlasts, by more than a century, the very formation of the Cairngorms National Park itself.”

Higher Deer Culls in the Park than anywhere else:

The Park plan advocates open range deer densities of 5 to 8 per sq km by 2030, reducing populations by up to a half of present densities (11.5).

We said the Park Board were advocating culls higher than any other part of Scotland.

“Scottish Government has indicated that it intends to follow the recommendations of the Deer Working Group report which is for a density of 10 deer per sq km across Scotland. Advocating its own different deer density would mean the Park promoting population levels at odds with every other region of Scotland. This is confusing and unworkable in practice.”

The Park plan seeks a reduction in the ‘intensity’ of game bird management and wants to encourage walked-up grouse shooting.

We said that the Park admitting they had only ‘patchy’ data on gamebird releases was not a sufficient evidence base for its stance. We questioned why the Park Board were seeking lower intensity grouse shooting when recent Govt reports suggested it was the least viable, providing the weakest employment.

“The consultation document states that the Park only has ‘patchy’ data regarding the extent of gamebird releases within the Park. The sustainability or otherwise of gamebird releasing, therefore, is not known. We would suggest this is an irresponsible rationale for adopting a strategic policy position.

‘Intensity’ of management did not feature as a prominent focus of Professor Werritty’s review of the grouse sector. The socio-economic and biodiversity reports which accompanied the Werritty inquiry, clearly indicated some species benefit from grouse moor management while others don’t. This is similar for all other land uses. Indeed there were more benefits for the species of flora and fauna studied than there were, negatives.

Driven grouse moors were the biggest employers of all moorland land uses studied in that report, something which is relevant to the Park. Proposing a move towards walked-up grouse shooting (presumably the desire of the Park in this section?) means the Park would be promoting an activity which sustains far less employment and investment; investment which also has a return for species conservation and habitat management on many of the Park’s designated sites.”

The Park Plan said it wanted to see a ban on muirburn on peatland soils over 50cm deep and a licence to burn on shallower peatlands.

We said that severity of fire was the most important consideration, rather than what was under the soil. One of the biggest determinants of fire severity was surface fuel load. We said that well managed fire can help retain the carbon stored in Scotland’s peatlands.

“Those at the cutting edge of fire science acknowledge that well managed muirburn or prescribed burning is very different to high severity fire or wildfire. It is carried out by skilled gamekeepers and farmers with knowledge, experience and the right equipment. It is a low severity fire, whether it is undertaken on deep peat, shallow peat or non-peat soils. It removes surface vegetation, leaving mosses and understory plants either untouched or in a state where they recover quickly following fire. These fires do not burn down into the layer below the understory ie: where peat will be forming, if indeed the habitat is peatland. Also, muirburn is carried out at a time of year where the fuel is wet.

The fires will break up monoculture vegetation, will provide nutritious food for sheep, deer and grouse (amber listed) and breeding sites for red-listed birds. Well managed, low severity, fires work well as a wildfire mitigation tool and this is internationally recognised. Similarly, research undertaken by Climate XChange scientists in Scotland suggests the carbon released into the atmosphere in the process of muirburning is neutralised by the vigorous regrowth of vegetation. This is important.”

We said that it was encouraging that the Park saw the need for Wildlife Prevention but indicated it required the help of land managers, trained in muirburn, rather than undercutting their viability.

“Should the Park seek to introduce heightened restrictions on muirburn which will prevent gamekeepers and farmers from being able to carry out the work they rely on for a living, it should do so in the full knowledge that it will be reducing its own resilience to wildfire.

Not only will it lose private provision of firebreaks and active fuel load management, it will remove the incentive for shoots and farms to continue to hold expensive equipment and invest in training. Many estates within the Park are registered with Scottish Fire and Rescue Service to provide help during wildfires and this voluntary service will be compromised or lost.”

The Plan says the Board will seek to attract £250m of Green finance by 2045, including land purchases.

What did we say in response?

What said that the Park should apply strict conditions around community benefits and jobs, or runs the risk of falling prey to corporate speculators.

“Analysts suggest this market is currently suffering from lack of proper regulation and that many schemes will ultimately fail to provide benefits for land, climate or local communities which are stated.

If the park is to chase green finance for climate mitigation reasons, and wants to protect the Park and its residents, it must acquire, firstly, a detailed understanding very quickly of the soil carbon potential it currently has across the park’s landscapes, to ensure new schemes will deliver benefit. This will limit the risk of the removal of benefits which are currently there. If this cannot be measured or tested in any way, the Park is effectively at the mercy of companies or agencies speculating in the carbon market.”

*For these reasons, we will support our members in protesting the Cairngorms National Park Partnership Plan and urge Convener Xander McDade and the Board to rethink the Plan and support the rural workers who possess skills to deliver targets, rather than threaten the very livelihoods upon which they and their families depend.