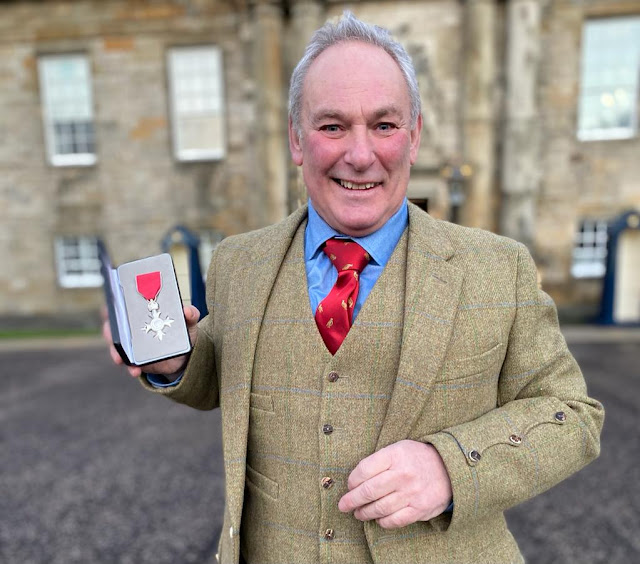 Alex with his medal for Services to Gamekeeping in Scotland.

Scottish Gamekeepers Association Chairman Alex Hogg received his MBE for Services to Gamekeeping in Scotland this afternoon (Jan 19) at a ceremony in Edinburgh.

It was a memorable day for the Chairman, his family and the entire gamekeeping community as Alex belatedly received his honour from the Princess Royal, dressed in his estate tweed (including kilt).

Due to Covid-19 in-person award ceremonies have been restricted.

However, the Borders gamekeeper picked up his medal in a Covid-compliant service, watched on by wife, Caroline.

He was notified of his award of Member of the Order of the British Empire in the Queen’s Birthday Honours List in Autumn 2020.

“I am overjoyed for the gamekeepers,” he said. “This honour has been very rarely awarded for this reason and I’d like to thank the whole gamekeeping family because it is a team, not me.

“This is for everyone who has been there for The Scottish Gamekeepers Association all these years, since the outset.”

Receiving the award in 2022 is fitting as the SGA celebrates a quarter century of representing gamekeepers, deer managers and ghillies of land and river.

The organisation hosts its 25th Anniversary AGM at McDiarmid Park in Perth on Friday 4th March. 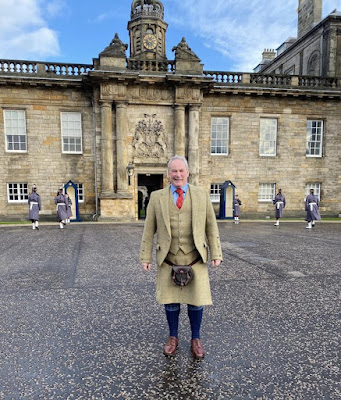