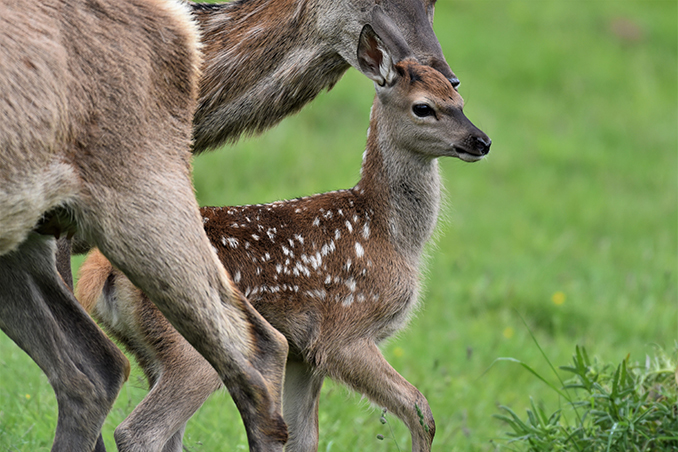 Described as the ‘highway code’ for Scottish deer managers it still guides new entrants into the rural education sector and is in the process of evolution.

Now the SGA is considering withdrawing after Forestry and Land Scotland ordered its deer controllers to undertake a blanket out-of-season cull of females, beginning on September 1st.

The SGA feels the nationwide cull, which last year saw 1300 deer killed, is unjustified, will result in dependant calves starving and was mis-directed towards open hill areas without trees in 2020.

They also consider the move to be a ‘first resort’ action rather than the last resort condition demanded by the out-of-season licence granted to them by NatureScot.

Since FLS announced its plan, the SGA office has been inundated with angry professionals aghast at public departments’ disrespect for deer seasons.

The SGA has also received messages of support from the public.

An FOI request to FLS revealed that forestry body chiefs did not record whether an identical September cull they ordered last year led to calves being orphaned or not.

At this time of year, weeks before the season legally opens, tiny calves which are missed before their mothers are shot will slowly starve as they rely on the mum for survival.

After scrutinising FLS data on the age profile of Scotland’s forests, the SGA claims only a small fraction would be susceptible to damage by females in September.

“We are proud of our 5 years of work in developing best practice in Scotland. These guidelines need to evolve and we appreciate that,” said Mr Hogg.

“But our members are questioning why our name should be on future codes when the direction of travel, within public bodies, appears to be to kill deer, day or night, in-season or not.

“The Government-commissioned Deer Working Group report, due to be implemented, will rid Scotland of protections which professionals fought hard for, through closed seasons, to give an iconic species respite to rear their young without welfare detriment.

“If bureaucrats can scrap seasons and public departments can get sign-off on carte blanche authorisations, why bother having a code for humane deer management at all?

“This is what we now need to consider, with our membership.”

The SGA says its members have managed a million deer in a decade, more than any other entity.

While FLS has justified its September cull by citing deer population estimates of 1 million (all deer species), the SGA says this statistic requires clarification.

“The majority of our members work in the open hill red deer range. Recent research has acknowledged this open hill deer population has been either stable or decreasing for some time now. The Scotland-wide target of 10 deer per sq km is being met across most of that open range.

“In forestry, however, despite a huge increase in night shooting and out-of-season culling, damage is still increasing in a number of areas. FLS need to tell the public where the 1 million deer are coming from and explain why its model, paid for heavily by the tax payer, is not achieving its aim.”