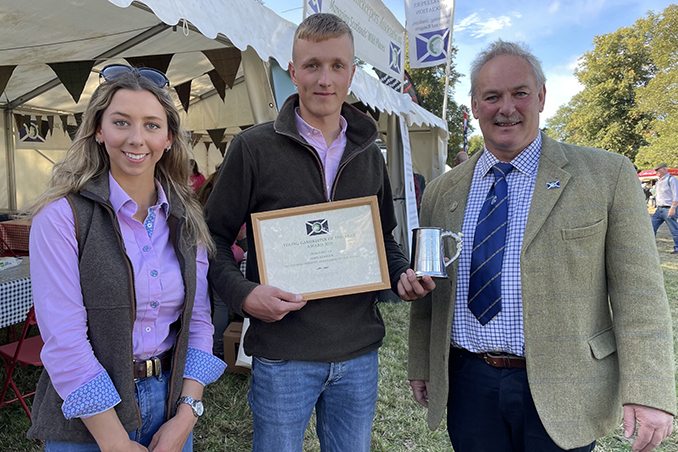 A Highland gamekeeper who developed enduring respect for the nation’s deer through his farmer father has been named Scotland’s Young Gamekeeper of the Year 2021.

Jamie Renwick, 21, from Ullapool, received his trophy from Her Royal Highness, the Princess Royal, on Friday at the GWCT Scottish Game Fair in the grounds of Scone Palace. 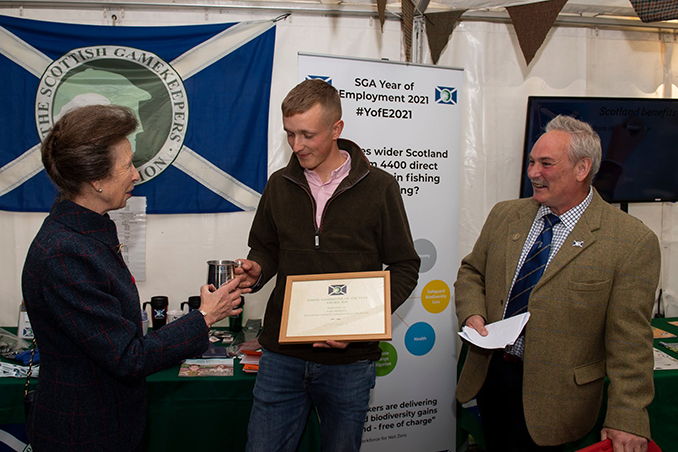 Jamie Renwick receives his Young Gamekeeper of the Year award from Her Royal Highness, The Princess Royal at the GWCT Scottish Game Fair.

The prestigious award celebrates the future of the gamekeeping profession in Scotland and has been presented by The Scottish Gamekeepers Association (SGA) since 2008.

Jamie fought off competition from gamekeepers, deer managers and river ghillies nationwide to land the prize after being selected from the shortlist by the SGA award steering group.

Raised on a farm in Ross and Cromarty, he was introduced to deer management as a 13 year old by his dad, Scott, a sheep farmer.

During a work placement at Invermark Estate in Angus in 2016, he impressed his peers so much he is still there, 5 years on.

He now works his own beat on the estate in the Angus Glens, splitting his time between grouse and deer management, which remains a passion.

“I have known of other people to win this award but I never really thought I would do the same. I am surprised and very honoured,” said the talented youngster, who was unaware that he had been nominated.

The 2021 award is a significant one within the game sector.

This year marks the SGA's Year of Employment, a 12 month celebration of the work carried out by land and river managers, largely free of charge, on behalf of Scotland’s environment and biodiversity. 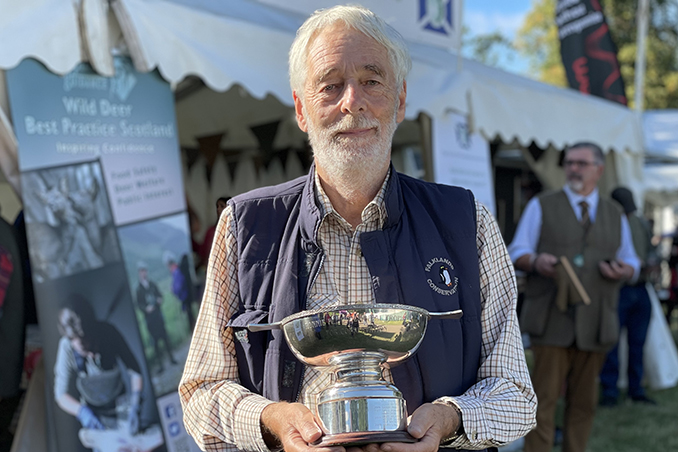 Jamie Renwick receives his Young Gamekeeper of the Year award from Her Royal Highness, The Princess Royal at the GWCT Scottish Game Fair.

James received the Ronnie Rose Trophy for lasting contributions to Conservation and Education, an award named after the late wildlife manager, author and one of the developers of the Queen Elizabeth Forest Park.

James, a botanist, was the National Trust for Scotland’s first ecologist and has worked in the UK, Antarctica and the Falkland Islands.

He authored the SGA’s paper, A Future for Moorland in Scotland, in 2015, and remains committed to moorland preservation, opposing ill-judged forestry expansion which results in biodiversity loss.

He said: “The open moors of the Scottish highlands could be one of the most natural vegetation patterns remaining in Europe. There needs to be agreement on the areas of moorland to be retained as moorland in the light of its continual loss and fragmentation through forest/woodland creation.” 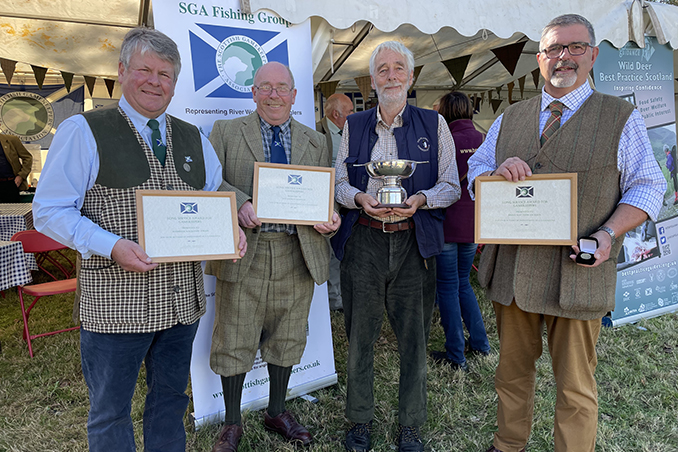 The SGA 2021 award winners with their prizes.

Rounding off the ceremony in Perthshire, SGA Chairman Alex Hogg, MBE, presented Long Service Awards to Roddy Forbes, Brian Dickson and Ian Dempster for over 40 years of unbroken service to their profession.

John Mcleod from Peebles was presented with his long service award on Saturday. 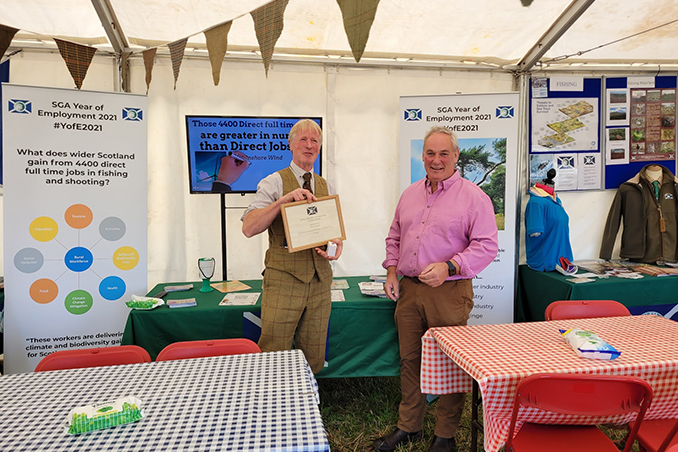