The Gamekeepers’ Welfare Trust Young Gamekeeper of the Year 2021 Award

The 2021 GWT Young Gamekeeper of the Year has been awarded to John Tipping. The Award was presented by Sir John Scott Bt Honorary President of GWT and the charity’s Chief Executive Officer Helen MJ Benson, at Whatton House on 6 November 2021.

The award was devised by Trustee Lady Scott, who wished to recognise the families of gamekeepers who give so much to support shoots and estates, helping in whatever task is required. John, aged 10, helps his father with hatching and looking after the pheasants. However, he’s not just hard at work behind-the-scenes and is described in his nomination as being ‘second in charge on shoot days’. John and his family live in Leicestershire and moved shortly before the first lockdown last year. The family have successfully navigated a new home, new shoot, new school and learning from home - all across a difficult year.

Helen says, “Young people are our future, and it is a real pleasure to award the hard work and enthusiasm of those who wish to follow on in their parent’s boots”.

All in all, it’s been quite a year for the gamekeepers in the Tipping family, with dad Matt also being in the limelight. Earlier this year, Schöffel Country launched its latest campaign, Diary of a Gamekeeper, which celebrates and acknowledges the practice of gamekeeping and the important role it plays in the countryside. Providing a diary like entry, Schöffel Country follows Matt, who has been a gamekeeper for over 30 years. The entries detail his career to date, conservation efforts and the responsibilities he obtains whilst working at Whatton House. The autumn edition is due for release later this month.

During 25th – 30th November inclusive, Schöffel Country will be giving back to the community by running a promotion online with £5 from every order being donated to the Gamekeepers’ Welfare Trust. 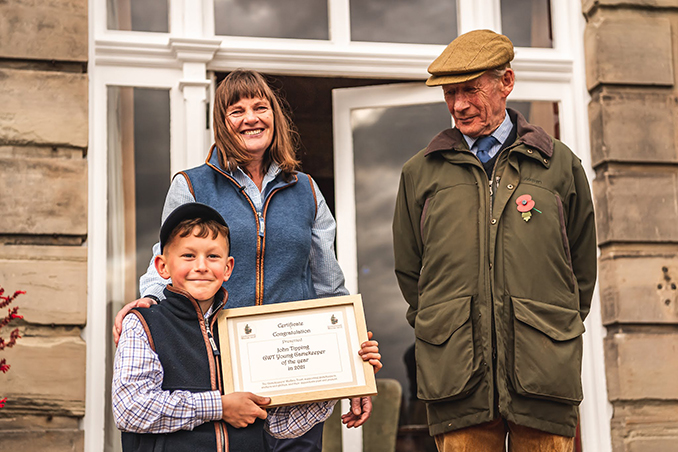