Viewpoint: Doing Conservation for The Sake of It

A QUESTION: Who is doing conservation just now- just for the good of it?

The Scottish media has been alive with stories this week about the need to save the Celtic rainforests of the west coast before they disappear completely.

This project is a worthy one. There are a lot of small voluntary community groups, within wider alliances, who will no doubt be working hard to ensure their local asset survives. They will have worries. Good luck to them in their endeavours.

The west coast sites are described as even rarer than a tropical rainforest. The sites are now in real danger and Scotland has an area left which is only ‘slightly larger than Edinburgh’.

Rare mosses, liverworts and lichens are found on these sites of international importance; the best remaining sites in all of Europe.

One of the present projects up for funding is being led by RSPB Scotland.

An article in the Herald on 27th January, stated that the project was facing a potential funding gap of £500 000. The usual public grant applications have not (yet) come through and there may even be a crisis if there is no match funding.

The article states, in relation to the funding gap, that RSPB ‘can’t afford the risk of underwriting’ it in the current financial climate.

Paragraph from The Herald's story.

The current financial climate is very difficult for everyone, granted, but this story highlights an elephant in a room when it comes to conservation.

Is anyone actually up for it, if they need to just get the hands dirty, roll the sleeves up and just do it or does ‘urgent’ conservation work have to just wait until someone somewhere signs a cheque, so the work can either start or keep going?

One of the story commentators, a member of the public, wrote. “They don’t have the money and neither do I. Nor should we depend on charity. If money is needed then take it from those who have it. High taxation from those millionaires who have it is the only answer.”

The commentator was making a case for higher wealth taxes. That point may be worthy of further debate, depending on your view. However, if you extend this to conservation funding, who are today’s millionaires?

RSPB’s income last year was circa £150m. They are one of the biggest conservation charities in the world. They have eye-watering ‘rainy day' cash reserves sitting in the bank, unspent, annually, yet they are constantly advertising for more members, more donations and profiling more projects which could net public hand-outs. They are giants; Googles and Amazons of conservation’s establishment.

Times are tough. No doubt. There are important public services now rendered defunct by Covid-19; services which will devastate people relying on them, from education to mental health charities which could make a life-and-death difference.

In our sector, impacts, too, have been concerning. A financial study of 23 grouse estates by Scotland’s regional moorland groups showed each holding lost £73 000 in surrendered shoot income yet those 23 estates forked out £8.98m to keep their operations going, helping- in turn- to keep small related community businesses in remote areas, enjoying much needed trade.

Losses all round, then, but a commitment not to down tools and hope the public purse picked up the slack. https://www.insider.co.uk/news/grouse-moor-estates-take-17-23152410

Despite losses and high overheads, only one junior gamekeeper was placed on the Government furlough scheme. That is significant and, as a gamekeeper body, is pleasing. RSPB, with their near £150m income, placed half its staff on the furlough scheme, introduced by Boris Johnson’s government.

While gamekeepers were out managing foxes, crows and stoats in all weathers to benefit game species and ground-nesting birds of conservation concern (it must be conservation because the RSPB do it *), stoat boxes in Orkney lay unchecked- with decaying bodies of stoats in them- and trap boxes, paid for from the millions and millions of public funding, weathered for weeks in the rain (see image).

Trappers were furloughed, although it doesn’t take more than one person, out in the open, to check a trap, as those who have done it will know. 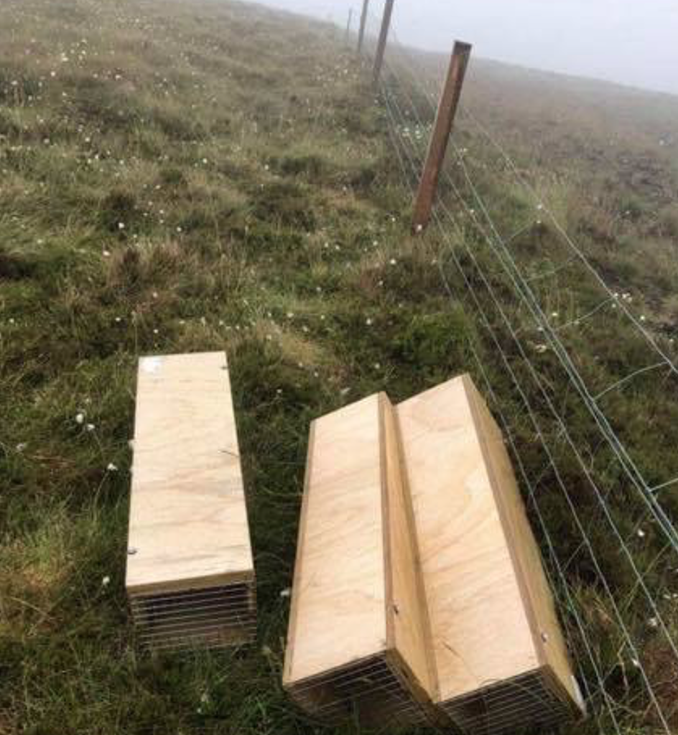 The game sector has been under a barrage of attack, from all angles and very often from RSPB, for decades. Criticism can be justified, of course, but there are deeper motives at play.

Yet, like them or not, whilst conservation NGOs wait for grant applications from Brussels (or elsewhere) to land or fall, gamekeepers are out there every day, getting things done.

Despite losses this year, estates have forked out to remove bracken, to improve access which the public also benefits from, they have continued to undertake the type of landscape scale predator management that makes a crucial difference to red listed species, as well as protects their ‘business’ interest. They have managed fox populations; many of them are out into the small hours just now, eating into family and social time that they will never get back.

Bird boxes and barn spaces for owls, mink trapping and grey squirrel control has been undertaken by Scottish gamekeepers, free of charge, on top of the 12 hour days private finance pays for (not public grants). Many estates across the UK blocked drainage ditches to wet moors out of their own pockets; drainage previously subsidised by government for upland agriculture. 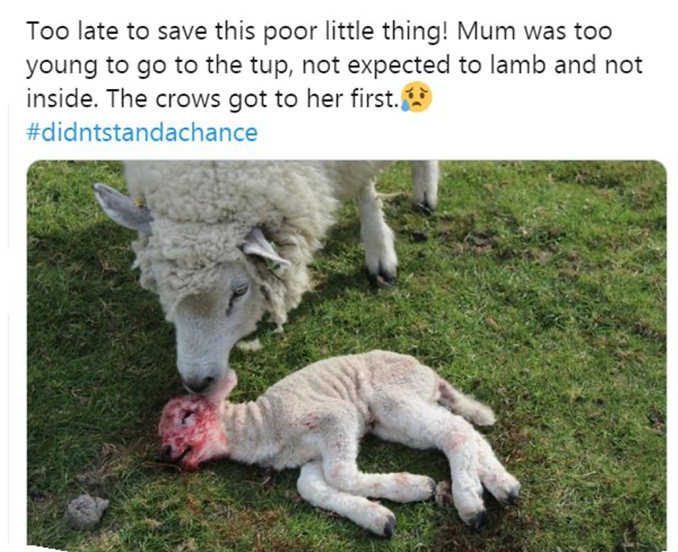 They are doing conservation for the good of it and, granted, there will be a lot of other individuals and groups, too, playing their own part in voluntary conservation. Just now, small birds, struggling in the snow and the winter hungry gap, are being sustained by food put out for game birds (and paid for by estates shouldering losses due to Covid-19). https://www.scottishgamekeepers.co.uk/pdfs/SGA-NGO-REPORT.pdf 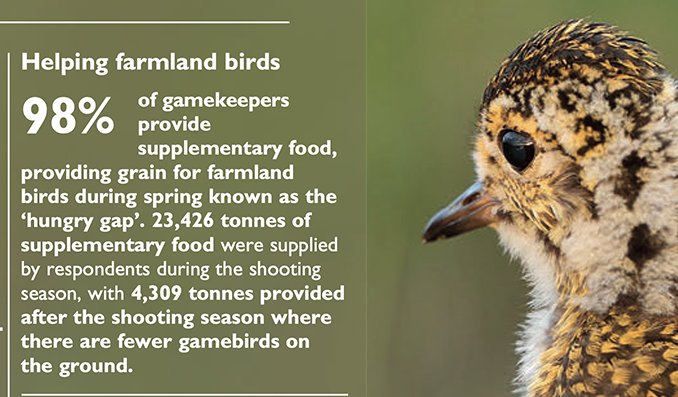 At the same time, individuals and anti-shooting campaigners - some linked directly to conservation NGOs- are spending their time trying to have shooting closed down, bit by bit; their personal antagonism blinding them to the fact that gamekeepers, farmers and crofters are some of the best conservationists and field-scientists we have left and ought to be engaged with. They contain a wealth of knowledge that even the vast financial reserves of the RSPB could not buy. They are part of the solution.

Campaigners have their prerogatives. There is certainly no sign they will stop any time soon. By the time they’ve killed off shooting (and with it the financial lifeline which sustains landscape scale management across the countryside), they will better hope the state can fund all ‘conservation’ and the pockets of the average UK tax payer have grown much, much deeper.

If there is an unwillingness for conservation’s mainstream to commit on projects to save some of the best sites in Europe, on our own doorstep, someone’s going to have to start making an awful lot more money if there’s any chance of exiting this 'Nature Emergency'. 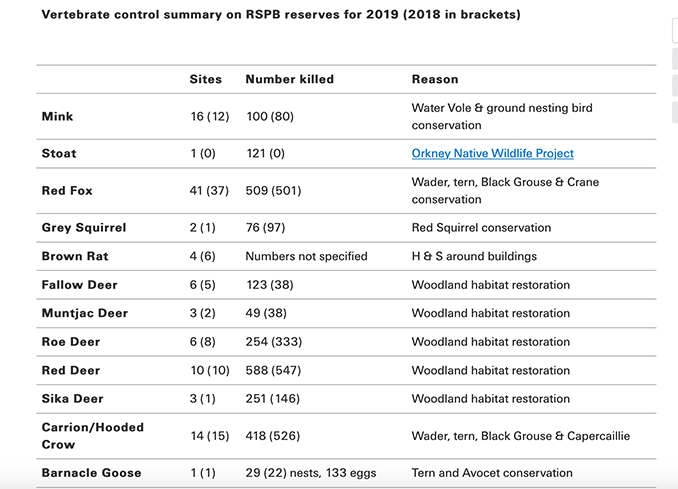