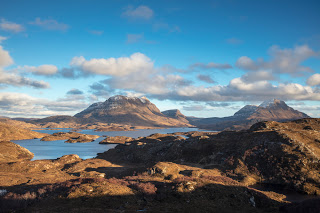 Public spending watchdog Audit Scotland has been asked to investigate a near £200 000 grant awarded by a Government agency for a controversial 12 mile deer fence in Assynt.


The Sutherland project represents the highest sum of tax payer’s money paid out by Nature Scot (formerly SNH) under the Biodiversity Challenge Fund which was launched in 2019 to finance priority habitat work.


Now impacted parties, who were not consulted beforehand, have flagged up the scheme to Audit Scotland after identifying what they believe are potential anomalies in the awarding of funds.


The independent watchdog received a letter yesterday (23rd) from a consultant to the neighbouring Inverpolly Estate asking them to probe aspects of the scheme including the tendering process for the fencing work.


In public procurement contracts, a number of costed tenders should be received and assessed before funding is awarded, to guarantee the Scottish tax payer value for money.


However, freedom of information materials sent to the auditors showed that the funds were granted on the basis of a single tender, secured after the award was made.


Furthermore, despite a 17.1km perimeter fence being erected over designated wild land and close to protected lochs, no Environmental Impact Assessment was carried out.


The sole agricultural tenant, who grazes cattle and sheep within the project boundary, wasn’t informed of the scheme until Nature Scot had awarded the funds.


Similarly no economic assessments were carried out in order to assess the financial impact of such a major project on neighbours.


Victor Clements, consultant to Inverpolly Estate, who wrote to the auditor, copying in relevant freedom of information material, said: “I think it is hugely important for all of us working and advising on woodland and conservation projects in Scotland that funding is not allocated in this way, and without any significant consultation or assessment of risk or environmental impact.


“It undermines conservation management for all of us, and therefore, it is hugely important to bring this to public attention. This is not the way to develop native woodland projects in particular, and this episode has undermined the credibility and reputations of all those involved.”


Assynt Community Council has written to Scottish Ministers asking that the project be placed on hold until risks to community interests have been properly assessed.


The Eisg Brachaidh Revival project aspires to protect habitats including ancient woodlands by excluding deer and reducing the numbers within the fence to 1 or 2 deer per sq km.


Met entirely by different public funding schemes, the NGOs behind it say they hope it will be seen as an ‘exemplar project’.

However, lack of consultation, questions over funding propriety and lack of certainty over how much woodland will be delivered has intensified local pressure for a delay.


It is not the first time Nature Scot’s involvement in Assynt deer issues have been scrutinised.


In June 2017 the government agency used its power to force Assynt Crofters Trust and other landowners to cull large numbers of deer at Ardvar woodlands, claiming the deer were halting tree regeneration.


However, they abandoned the ruling weeks later after external surveyors found that their advisers had misrepresented the site condition; a protracted disagreement costing the tax payer £1m.