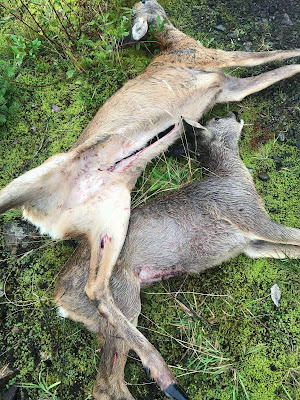 A Scottish Government agency has sanctioned a controversial policy which could see young deer slowly starving to death this month  in the nation’s forests.

The Scottish Gamekeepers Association (SGA) has been contacted anonymously by deer management contractors working for Forestry and Land Scotland who believe the new central policy is ethically wrong and contravenes animal welfare.

From September 1st, the government agency has asked contracted deer managers and employed rangers to begin shooting female red and roe deer in the nation’s forests, weeks before the start of the legal season on October 21st.

The open season for females was established in law for animal welfare reasons in order to protect youngsters dependent on their mothers for survival.

This new policy will lead to mothers, who are still heavy with milk, being killed under authorisation, with their orphaned youngsters dying through starvation, unless they are also shot.

Furthermore, with game dealers refusing to take venison carcasses under a certain weight, it is highly likely any shot young calves, barely weeks old, will be left on the hill.

The policy will be subsidised by Scotland’s tax payers, because Forestry and Land Scotland’s budget is allocated by Scottish Ministers. Contractors will be paid whether the venison enters the food chain or not.

The SGA has taken up the contractors’ cause, with some fearful of losing income if they whistle-blow.

Those who have contacted the SGA say that, although the body will blame Coronavirus for delaying deer management, the policy change was mooted before the pandemic.

An Independent Working Group report, which Scottish Government is yet to respond to, recommended controversial changes to deer protections which some professional deer managers warned they would ‘go to jail’ over.

“Those who approached us are conflicted. They are working people. They need money, like all of us, but they respect deer and believe this is wrong.

“Spotted calves, whose mothers are shot, will die slowly from starvation, unless they are also culled. There won’t even be a use for the carcass because the calves are so small. They are not viable. We really hope the Greens and the animal rights parties take this on.

“The whole wildlife management issue in Scotland at the moment, stinks. Scottish Government, led by the Greens, regulated against the legal management of mountain hares through the Animals and Wildlife Bill -ignoring the latest science- yet they are permitting young deer to starve to death on their watch.

“We would like to know who sanctioned this policy of cruelty to an iconic species and ask whether they consulted the Scottish people. We would also like to know the role Nature Scot, Scotland’s nature body, has had.”

The SGA understands some Forestry and Land Scotland contractors will refuse to carry out culls of females this month, on welfare grounds, and that many rangers, too, reacted in disbelief upon hearing of the policy from superiors.

With lots of vegetation available in the forest understorey, they do not believe females and young are causing significant damage to trees in September.

The blanket policy will also cover the whole of Scotland, rather than being targeted to areas where damage has been identified.

“If the Scottish public really knew the persecution and cruelty endured by Scotland’s deer population they would be appalled,” added SGA Vice Chairman, Peter Fraser. 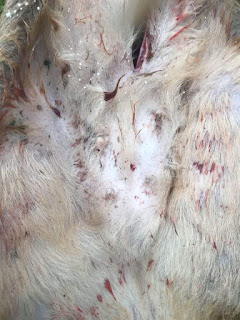