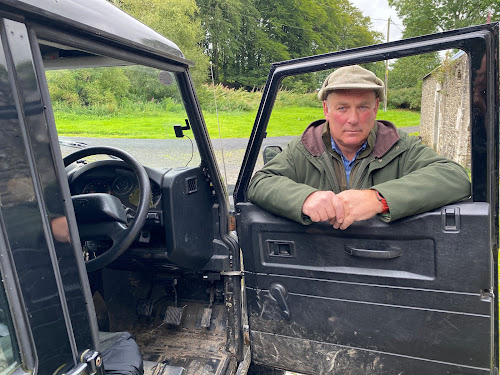 "I am utterly appalled and sickened at the policy by Forestry and Land Scotland to start killing female deer on 1st September.

Whatever people say, dependent calves will be left to die because of this, barely weeks old and unable to survive without their mother’s milk.

Some have said, if best practice is followed to the letter, this is not a welfare issue- you shoot the calves first and then mum.

Well, on paper, that all sounds fine. But reality is different and it is not the superiors in offices who have to do the job, it’s the people on the ground.

With roe deer, the mother will feed and then go off and the young will lie down in cover until she returns. When the calves are born, they weigh about 2kg. The mothers will have two calves, sometimes three.

With the best will in the world, some forestry contractors being paid per carcass (not all), will not worry too much about identifying family groups. In some cases, they won’t even see calves in bracken and broom, which is over waist height just now. Those calves will be left and will starve. If calves are shot, many of them- in September- will not be fit for the human food chain. Late season calves will just be weeks old. They will be left where they fall and the tax payer will be picking up the tab.

What sort of a life is that?

It was Forestry and Land Scotland contractors, themselves, who asked us to take up this issue; experienced deer managers who agree that the seasons were put in place for a reason- animal welfare- and that September was far too early. Why contact us? One reason: they think this policy is wrong.

As soon as the Independent Working Group’s review of deer management came up with the idea of tinkering with deer seasons, we all said, ‘here we go’.

Members told us they would rather go to jail than see seasons extended at either end.

But guess what? It looks like it is happening.

In Scottish Government’s Programme for government announcement this week, they stated they were yet to respond to that report.

Can we take it, then, that this is the way they are going to go and there will be no discussion, no Parliamentary consultation?

They are going to use the tax payers’ money to rob Scotland’s iconic species of some of its last protections, while policy after policy tries to demonise deer as a national menace?

Surely, the Scottish public have a right to be consulted on whether they want their public cash (harder than ever to come by in this pandemic) to be used to leave dependent calves starving slowly in our forests and on our hills.

One experienced deer manager told us just the other day that he had seen a late red deer calf born on 24th August. That is very late but think how tiny that calf would have been on September 1st.

I encourage you to sign our petition to stop this cull- you can do so, here: https://www.scottishgamekeepers.co.uk/petition/

A few months ago, the Scottish Parliament passed a bill, with the minimum scrutiny possible, giving protection to mountain hares (ignoring the latest science). Hares were already subject to a legal season. Months later, a Scottish Government agency is shooting deer out of season with no way of knowing whether animal welfare is being safeguarded. It is hypocrisy. It is selective. Where are the noisy animal rights parties now; those who have an increasing hold in the seats of Holyrood? Barely a cheep.

We hope they will be signing our petition, too, and taking up the cause. This policy needs to be stopped and that will only happen if people send a strong signal that they care about the welfare of our deer.

This is not the only attempt to change the seasons, either. There’s more to come. The Independent Working Group also wants to extend the female season at the other end, so deer managers are killing mothers with viable foetuses inside of them.

If you shoot a deer that late in the season, at the other end, you are basically cutting the young out of their mothers. It is wrenching.

Deer need to be managed. Habitats protected. We all get that, but this is not the way. Even FLS contractors and many staff are sickened.

Resist this by signing the petition but also tell your MSPs you don’t want extensions to the seasons for female deer, either.

Stand up for a species loved by the nation, before it is too late.