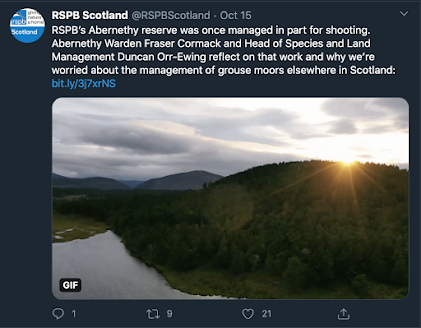 In a recent video, RSPB Scotland, while trying to big up their flagship reserve at Abernethy *- a reserve which has been propped up for years by public grants- described grouse moors as ‘industrial landscapes’.

These terms are often used by anti-shooting campaign groups to describe grouse moors even although we all know such value judgements are in the eye of the beholder.

A grouse keeper, for example, might regard these places as home; a place where great days are had, memories forged. They may be the places where their children grew up or they lost someone.

Everything is relative. Live and let live, and all that.

But let’s allow ourselves to accept, for a few moments, that these landscapes are industrial, as described, in derogatory terms, by RSPB’s Duncan Orr-Ewing. The land, after all, is managed to make some money, otherwise there would be no point in doing it. Industrial seems fair, when you look at it in that context.

In their most recent accounts, RSPB received £147 million from tax payer money, donations and corporate props. Their entire estate or landholding (220 nature reserves) covers 160 000 hectares of the UK. https://www.rspb.org.uk/about-the-rspb/about-us/how-the-rspb-is-run/annualreport/

In truth, when an RSPB employee gets out of bed in the morning, what pressures do they live under in order to make a financial return from land management? Are their pressures in any way like everyone else’s pressures?

According to their most recent financial statement, the RSPB brought in 3.6% of their total income as a return from land management, described in their accounts as ‘farming and fees for services’.

If you work your fingers bloody hard every day, take a few minutes to let that sink in.

They brought in £5.3 million of their £147 million in income from land management which, in turn, generated any form of financial return. Less than 4 percent. The type of return or 'bottom line' which defines whether a land manager ( away from the cossetted world of ‘managing for nature’ ) feeds his or her family or whether their operation remains viable or not.

Only recently, the Gamekeepers Welfare Trust published the thought-provoking, Raising the Game Survey 2019/2020, which showed that only 10 percent of gamekeeper respondents got 8 hours of sleep a night. 88 percent have trouble sleeping. Around a quarter hadn’t taken a holiday or short break in over a year and 90 percent of respondents worked more than 37 hours a week. https://thegamekeeperswelfaretrust.com/wp-content/uploads/Raise-the-Game-Survey-3.pdf

Imagine if a gamekeeper or a crofter or a farmer or a forester or a fishing ghillie or a trawler captain had to get up in the morning and know that, even if very little was really produced from one day to the next in land/sea management income, the grants would still keep coming, the money in the kitty would still get topped up. Some publicly funded visitor centre would open up somewhere overlooking a reservoir which RSPB purchased because it already had a lot of wildlife on it before they signed off on the title deeds.

Kind of changes the motivation, doesn’t it. 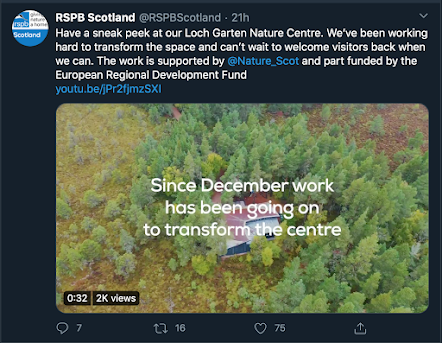 Gamekeepers are called everything under the sun, often by RSPB members, for being the ‘toffs’ lackeys’.

Ironically, RSPB’s employees are working for one of the biggest individual cash-rich landowners in the known world. The difference is, if they don’t produce, well…

There’s something just a tad rich about that.

If a gamekeeper learns his or her trade and finds a job on an estate, they are there to create conditions which can allow a harvest of game. Simple. That income enables the retention of their jobs; the continuation of land management, a lot of which is beneficial to other species, even if this is not the primary motivation (who cares, if it is still being produced and funded without a drain on the public purse?). All land uses have trade offs.

So, the next time RSPB talk glowingly about something ‘now being managed for nature’, remember, 25 percent of its UK work is being done by unpaid volunteers and, despite having an income of nearly £150m, it is usually heftily propped up by the tax payer, donors or corporate supporters or sponsors. How many projects go ahead, from start to finish, without some level of public support? It’s a gutsy beast, conservation, and there are few willing to carry it out if they have to pay for it all themselves. 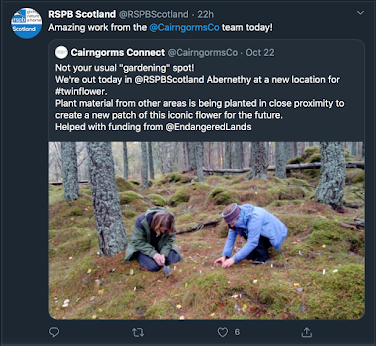 Meanwhile, RSPB also endlessly criticise other land managers who need to work bloody hard to make a living and to bring up their families. Sadly, the very people they alienate are part of the big picture if the UK is to meet all its environmental and biodiversity goals (not to mention feed the nation and retain jobs).

RSPB do money much better than they do, respect.

So, if grouse moors are industrial, maybe this is why they are sustaining the 2600+ jobs a year in remote places and helping to keep families in the houses of faraway glens.

If a new industrial estate opens up in Glasgow or Dundee, it is hailed as a sign of future prosperity; a city on the march. Why is ‘industry’ seen so differently if it is out in the fresh air?

Why are there no pictures of city industries being ‘industrial’, all over social media?

Maybe it is this industrial use which has enabled these remote rural houses not to become second homes and air bnbs and to retain a sense of community being lost so lamentably elsewhere. Folk can’t live forever on biscuit tin scenery and fresh air. Any historian of the highland population will tell you it is all wrapped up in jobs, from the herring to the whisky, to the oil, the wind farm and the space port. It’s the economy, stupid. There are people somewhere in this ‘wilderness’ and the miles upon miles of ‘nature’.

Cash-rich environmental NGOs have no grasp of the daily pressures normal working people in the countryside have, yet they lecture and campaign against them, persistently. They are the relentless judge and jury. Perhaps they have too much time on their hands?

You sometimes wonder how their decision making might change if they actually had to do what the majority of land managers actually have to, to make ends meet. Imagine it. ‘Shall we release the sea eagles next to the croft land, with minimal consultation, when we have our sheep there and the need to sell 35 at the market? Mmm, let's put the foot on the ball and ask the bosses’.

Sharpens the mind, doesn't it.

In this lies the root of what has alienated the RSPB from large sections of rural land working population of Scotland and the UK. Some of their recent, entitled, pronouncements only suggest that they are moving further and further away from working people and to the extremes, as they become more power- bloated and political.

Remember, RSPB stopped recording the species on their reserves some years ago. So, not only does it not really matter if they make that much money from land management, the public don’t really need to know, either, if they are getting genuine value for all the many millions spent over the years on ‘nature’. The RSPB have placed themselves in the envious position of being judge and jury whilst being beyond judgement, themselves. Only very occasionally do people get a glimpse of the picture. 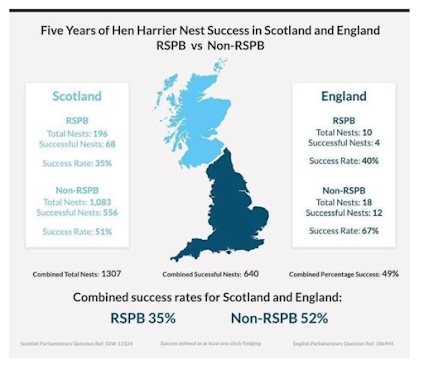 While the ‘industrial’ shooting estates were keeping their employees on during lockdown (knowing income was going to be whacked by Covid) RSPB placed half of its workforce on Boris Johnson’s government’s furlough scheme.

As the economic ship founders, give thanks to your god for industry, whether in the factories of Glasgow or the Grampian mountains.