The Committee agreed that the subject was important and should involve all relevant stakeholders. The petition has been left open and the Committee will write to Scottish Government seeking details and update on further discussions and consultations on the issue. 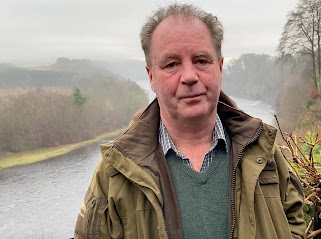 Petitioner Robert White was satisfied at the outcome.

How salmon rivers in Scotland may be stocked in future moved further up the political agenda yesterday with Holyrood’s Petitions Committee set to seek Government assurances on a full consultation.

Salmon hatcheries have been the subject of recent debate, with contrasting views on how rivers may supplement falling stocks of salmon in future, if at all, and under what conditions.

Wild fisheries in Scotland sustain 2800 jobs in remote areas and investment has been made in several hatchery facilities as wild salmon numbers have dipped worryingly through pressures in rivers and at sea.

Hatcheries strip salmon broodstock for eggs which are grown in controlled conditions before being released back into the river, eliminating certain factors which lead to early mortality.

Last year Government scientists at Marine Scotland were accused by some angling groups and river boards of rushing through a more restrictive policy position on hatcheries, without full consultation.

This sparked a Holyrood petition by the SGA Fishing Group urging that, due to its importance for ghillies, anglers and potentially jobs, it ought to be the subject of a full and transparent stakeholder consultation.

The petitioner Robert White, a ghillie on the Tay, acknowledged that there was a range of opinions but that Marine Scotland had moved to a position, then sought unsuccessfully to build support for it afterwards.

Since then Marine Scotland officials have written to the SGA Fishing Group promising initial discussions ahead of a ‘focussed’ consultation, something the group believes runs the risk of being perceived as another fait accompli.

Yesterday, MSPs on the Petitions Committee expressed sympathy with that view.

Convener Labour’s Johann Lamont, is set to write to Scottish Government seeking assurances that any consultations encompass the full breadth of opinion, reflecting the importance of the issue.

The Committee also agreed to keep the Petition active and to seek updates on discussions between relevant parties.

Maurice Corry, Conservative MSP, said there was a need for an 'all-round picture'.

“This is an important issue and one that comes up constantly in our mailbag in areas where we have salmon rivers and coastal waters. It is something which is now really coming up the agenda, wild salmon stocking, and I am very keen this is looked at in the proper detail.” 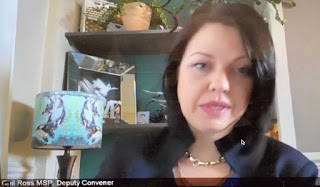 “All stakeholders need to be involved in these discussion and consultations. I would keep this petition open and we should continue with Government to see the petition is being addressed.”

Petitioner Robert White of the SGA Fishing Group said he was satisfied with the outcome of the Parliament’s deliberations.

“It was encouraging to see the MSPs recognising how important an issue this is. We said at the outset that there were too many people with a relevant interest in this for it be rushed and then agreed afterwards, and we don’t want another fait accompli.

“Ghillies, anglers, hatchery employees and investors as well as riparian owners and conservationists all want to have a say. We don’t feel that is too much to ask and we look forward to future discussions with Marine Scotland and others.”