Chairman: Shoot Impacts Important, Despite Attempts To Stop Them. 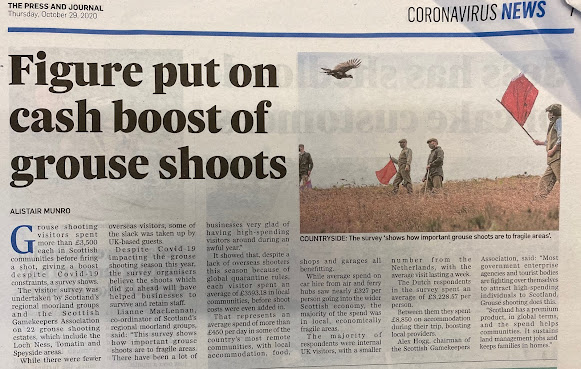 I was pleased to see the results of the survey between the regional moorland groups and the SGA this week on the amount of money being spent by grouse shoot guests this year. https://www.facebook.com/AGMGuk/posts/2084872711645988

I’ve met a lot of people on shoots over the years, from all walks. What people on the outside don’t realise is that, while everyone takes potshots at them for being wealthy, there is no real understanding of who these people are. They are just faceless folk so they are ripe for antagonism. A lot of the time there is no real justification for it. I meet lots of professional people, doctors who have just done well in their careers and love shooting in Scotland. It’s something they look forward to. They are willing to spend to do it, and bring their families, who then also have a connection to the country and may, too, come here in the future and maybe even start a business or a family. Surely that can’t be a bad thing. I’ve had good conversations standing loading for people and I’ve had bad, but it would be no different than if I walked down a High Street anywhere.

To those who don’t see these things, first hand, these people are just rich or toffs and, to be honest, it’s another form of discrimination, even if it seems more acceptable. It’s not a great look. It can make you feel quite uncomfortable as well.

People spending £3500 each to participate in their hobby, as the survey found, doesn’t surprise me, to be honest. I see the enthusiasm at shoots. Folk get so much from it. They might be stuck in businesses or a stressful profession or managing lots of staff but, when they get out into the hills, with the craic and the camaraderie, they just seem to get lost in it. The fresh air, the dogs, and just being amongst people. They are interested in Scotland and they leave, almost looking forward to when they are next back. It is like a connection in the same way rural land workers are connected to land.

All over the country, businesses are either struggling or are about to be. We’ve seen it from the shoot perspective. Some shoots didn’t put any birds down this year and the smaller operators are really feeling it. But this is just our own wee bubble. The whole hospitality and tourism sector is really up against it, Scotland-wide. There are warnings every day about job losses, chaos and business failure. It’s a terrible thing; one of the worst things in the world to cope with, waking up and wondering whether you are going to go under and what impact that will have on you or your loved ones. Bloody awful.

The Green Party were desperate to get our shoots stopped this year. They played the toff card and, even though our sector had worked hard on guidance with government, tried to get shoots stopped. I am glad they didn’t and I think this survey shows why. Thousands of pounds more per person would have been lost to local businesses in the smaller places. Whatever folk say, having these shoot visitors here has helped businesses keep staff on, as they try to get through the pandemic to the other side. I am reading today that nearly a quarter of businesses think things are about to get worse for them. I get that and it’s terrible that some politicians were trying to take even more away from them.

This week we had Revive making jokey films about grouse shooting. That’s fine and well but I don’t think there are many people finding this all a joke just now. I don’t know what they have done during lockdown to make things better for struggling people in remote places but I know that the gamekeepers, who they want to make unemployed, have been doing their bit and making the most of it, keeping people safe and ensuing they get their wee bit of enjoyment while spending in our communities. That’s not a bad start at trying to make things better in a difficult year.

Most of these areas are either in Tier 1 or 2 of restrictions. None are Tier 3. Having less people, enjoying an outdoor hobby, has not endangered people- like the Greens were trying to make out- and folk have worked hard to get things right. It can be a tricky balance.

Thanks to all those who took part in the survey, the organisers and the people who come to Scotland to take part in their sport and enjoy themselves, here.

The money has been welcome, too. 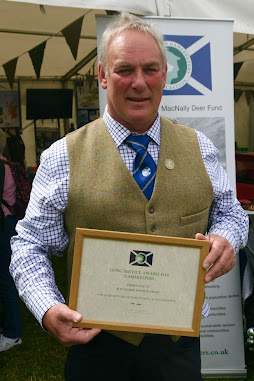