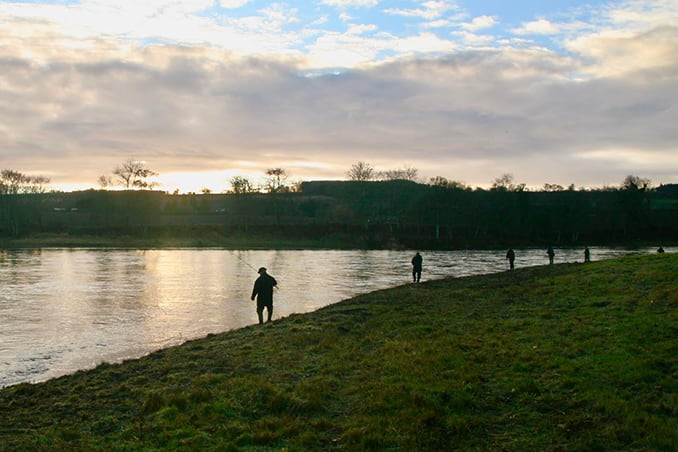 The SGA Fishing Group has written to Scottish Government Ministers to discuss the prospect of the return of local angling in Scotland, with England’s rivers opening on Wednesday.

When lockdown began on March 23rd fishing stopped despite many salmon rivers being into a season which nets the economy £135m per year and accounts for 4300 jobs. (1)
Many river ghillies have been furloughed, boats have been tied up and there are some emerging concerns among fishery boards about levies for next year as income disappears.
However, the SGA Fishing Group- a standalone fishing arm of the Scottish Gamekeepers Association- has been working on plans it believes could be enacted to allow safe fishing in local waters.
Anglers returned to some river banks on Wednesday in England after Boris Johnson announced on Sunday his plans for a staged easing of lockdown south of the border.
Nicola Sturgeon has indicated a different course in Scotland in order to minimise the transmission of Covid-19 although Scottish Government has asked the public for ideas on what types of activity may be reintroduced in future which conform to social distancing.
“We were looking at the situation with angling in Scotland quite a bit before Sunday’s announcement by Boris Johnson. Obviously, public health remains the primary concern for everyone,” said Robert White, a ghillie on the River Tay and member of The SGA Fishing Group.
“We believe there are some straightforward conditions which could be met now which would allow some local anglers to get back out onto river banks in their area, while still following government guidance. Angling is relatively solitary. It has known physical and mental health benefits. It would also allow some fisheries to get at least some income in, too.
“We would welcome the opportunity to discuss the ideas further with Ministers.”
With online day passes becoming more popular when booking fishing, anglers with their own equipment, including family groups, could undertake bank fishing without contact with others.
Where other anglers have booked, 2m distancing would be straightforward.
Social areas such as huts would remain closed and anglers would bring their own food.
“One of the key things is that this is local angling,” said Charlie Whelan, ambassador for The SGA Fishing Group.
“This is where people could walk to their local beat or, if necessary, take the sort of short journey by car which they would take to go for their shopping.
“There are many local angling clubs and associations which operate on local waters in Scotland. They could be out, safely, without risking further transmission of Coronavirus.
“The bulk of fishery income at the height of the season comes from visiting anglers from elsewhere and overseas, often staying in accommodation and guided by a ghillie. We are aware the country is some way from that. Our proposals relate more to an initial phase and getting local anglers back out in a safe manner which doesn’t pose a health risk to others.”
With salmon and sea trout rivers being graded individually in Scotland to comply with annual salmon conservation regulations, the SGA Fishing Group said that policing the policy could mean all fish caught being returned to the river. 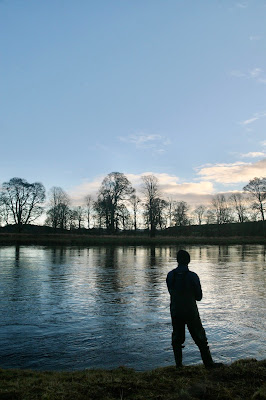 In 2014, anglers spent 490 000 days in Scotland fishing for salmon and sea trout.
There were 1000 active fisheries in Scotland in 2014.
Further Reading: How England is returning to angling.
https://www.gov.uk/government/news/environment-agency-and-angling-trust-welcome-lifting-of-restrictions-on-recreational-fishing

How things are being managed on the Tweed, which crosses between Scotland and England.
https://www.rivertweed.org.uk/news/?p=6693&fbclid=IwAR31xa-PtBuRM6s_HvzitqW28h7BINDFO8D9NwYjmQoyvRkxhJu0E26fyWE
Back to Latest News