SGA To Protest At Holyrood But Will Heed Coronavirus Advice 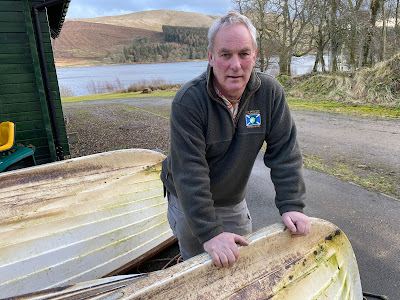 Scotland’s Gamekeepers will heed Coronavirus guidance as they prepare to stage a major protest at Holyrood over what they call Scottish Government’s ‘death by a thousand cuts’.
Gamekeepers, stalkers and ghillies plan to gather outside Parliament on March 25th in a defence of their jobs organised by The Scottish Gamekeepers Association (SGA).
The body’s 5300 members say Government has abandoned them on key rural issues,  placing increasing strain on members and heightening fears over job losses in remote areas.
Concurrent reviews on grouse and deer management, inaction on falling salmon numbers and imminent curbs on the ability to control foxes have stoked rising anger.
An announcement by the First Minister that Scottish Govt may move to early licensing of the grouse sector following publication of Professor Werritty’s review inflamed tensions further following successive poor grouse years.
SGA Chairman Alex Hogg said they notified Edinburgh City Council of their intention to demonstrate on February 27th, before the first Scottish case of Coronavirus was recorded.
However, he says they will take full heed of public health advice, as they prepare to protest.
“We will heed all the advice. Obviously we take our responsibilities very seriously. We organised this before the outbreak because the message to us was clear: our members want action and to be heard because they feel Government is no longer listening.
“What we are witnessing is a death by a thousand cuts. We have a lot of members who have shown support for the Government’s stance on rural policy but the well is running dry.
“They want Government to realise that our livelihoods matter; that they are not something that can be traded to buy political support for other objectives in Edinburgh.
“They have had enough of being treated as low hanging fruit. They want working people of the land to be heard again.”
Mr Hogg said that, despite SGA members managing over 1 million deer in the last decade, their contribution to Scotland’s environment has been completely ignored.
A recent Government-commissioned review announced recommendations to erode remaining legal protections afforded to deer, through ending or increasing seasons, and to introduce night shooting with controversial night scopes.
“Some of our members have told us they would rather go to jail than take part in some government-sponsored slaughter of an iconic species.
“Where is the respect? People will be asked to shoot females with viable calves and potentially face fines if they don’t. Would a politician or an ‘environmental’ campaigner want to do that? No. It is sickening how far Scotland has fallen. It is like the activists are running the countryside and the working folk are kicked at every turn.”
In the grouse sector, two very poor shooting years have seen revenues plummet.
The potential for government licensing is eroding confidence and causing uncertainty over continuing gamekeeper employment.
On rivers, bookings are down placing increasing strain on fisheries and ghillies.
“On grouse moors, more and more science is showing these moors are providing an overspill of rare species like Curlew, helping to keep these amazing birds alive.
“Yet the sector is about to be strangled by a blanket licensing system and told they can no longer use dogs to clear foxes from forestry blocks. It’s lunacy. Where will it end?”
“On the rivers, our ghillies are a credit to the country but they see two Parliamentary Committees identifying the problems of fish farming, and the proven impacts this has on wild salmon numbers, and see no action."
The Scottish Gamekeepers Association requested a meeting with First Minister Nicola Sturgeon but were not granted a hearing. 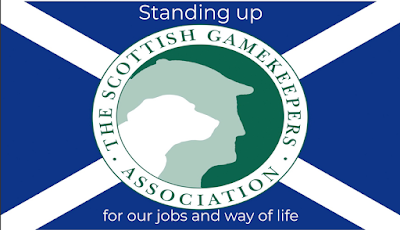 NB: Members and supporters wishing to attend the Protest should make arrangements to assemble outside the Scottish Parliament building at 1pm on March 25th 2020. Should public health advice change, the SGA will act accordingly and will alert everyone through usual communications channels.
Back to Latest News