After The Vote - A Message From Chairman Alex Hogg 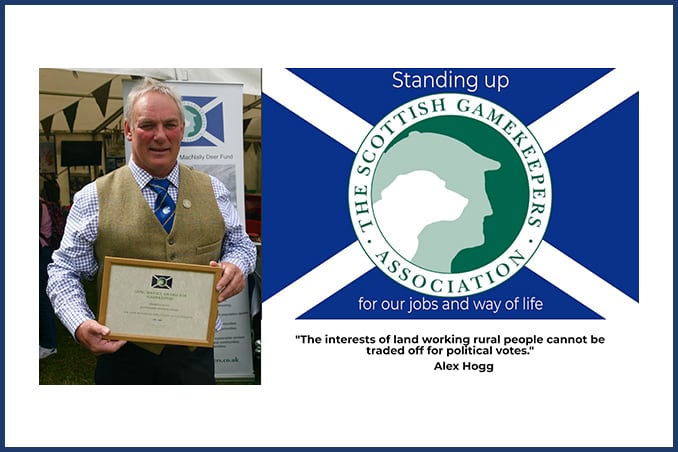 There is a lot of anger, bitterness and disappointment among members today, mixed with disbelief. Everyone at the SGA shares that and is stung by yesterday’s events in Parliament.
The SGA would like to thank all of those, firstly, whose management over decades has sustained the only viable populations of mountain hares left in Scotland.
We can take some solace in that and, at least in our own eyes, that counts for something.
Away from our moors, the hare will continue its precipitous demise, largely unnoticed and unstudied by SNH- who have done nothing to push the counting methodology they helped to formulate out to the places which were formerly hare strongholds but are no longer.
In the South West, when the grouse moors went, so did the hares. Where were the campaigners then with their fluffy bunny suits, campaign leaflets and petitions? Where was Chris Packham, ready to make another of his amazing videos? Nowhere. The mountain hare suffered a silent, unobserved demise because there weren’t any grouse moors left to campaign about.
The SGA would like to thank all those who wrote to their MSPs to make their case; a principled one. Scotland’s regional moorland groups are a credit to the industry and they worked hard to get people to see sense. Their efforts, in a less frosty political environment, would have succeeded.
The hardest thing to accept, this morning, is that the centuries of land management or practitioner knowledge, which has left Scotland today with mountain hares up to 35 times more abundant on grouse moors than other moors, was ignored. So, too, was the science in 3 published, peer reviewed papers. The truth, it seems, will not out.
In the latter years, when gamekeepers in Grampian saw Adam Watson trying to monitor hares from the roadside with a pair of binoculars, little did they know that this piece of work would be accepted as the work that would trumph all the years of knowledge they had, gleaned from working their patch every day from dawn til dusk. That report has since been so debunked by some scientists specifically working in this field that some have refused to use it in any subsequent work on mountain hares. The world is a funny place. Then again, land managers were walking into a situation where politics would win, nothing else.
The SGA would like to thank the free-thinking MSPs who spoke up yesterday and those who knew the subject well and were willing to back what land managers have been telling them because they have been onto the moors and seen it for themselves.
We would also like to acknowledge the pain and stress of the people who were covertly filmed carrying out legal and legitimate land management activity during this activist campaign and whose children were abused at school after the film was aired on BBC. This film formed a key part of the campaign which Alison Johnstone was commended for so highly by so many MSPs yesterday in the house. The illegal filming took place after Roseanna Cunningham told activists outside Parliament to ‘gather evidence’.
This day is not yet done.
From today, all moorland gamekeepers have a duty to monitor the impacts of this Bill amendment on the hares themselves, the health of the hares, the condition of fragile and protected environments, the health of other moorland species, tick burdens and any woodland sites.
If they get any letters from SNH telling them their protected site is in poor condition because of hare damage, only for SNH to scurry for cover and later say they never actually advised doing anything about it, remember this and make sure you have the evidence to prove it.
All members must continue, as they have done for 2 years, to count their hares using the new methodology and retain that data safely, with GWCT, and your own records, so it can be presented to the Scottish Parliament.
Because practitioner knowledge will get brushed aside as ‘anecdotal’ or ‘gamekeeper speak’ and because peer reviewed science will also be ignored, land managers should chart as much of the environmental, tick and disease evidence as possible using photo and video and note the timelines of change in this way.
As soon as public health advice allows, the SGA will re-organise the planned protest at Parliament. Similarly, picking up on some of the many recent conversations on this issue, the SGA will seek further discussions with stakeholders regarding the possibility, in future, of candidates being fielded in Holyrood elections which can make the case for the land working countryside and rural communities.
Despite media commentary this morning, this is not an ‘SGA political party’. The idea has been kicking around for some time for a political group, free of allegiance, to campaign only on the ticket of getting the best deal for the people in our fragile remote places, issue by issue. We are simply interested in this and will explore all opportunities further in order to try to get a better deal for our members and their networks, as is our aims.
If anyone wishes to speak with us further on this point, please contact the office in the first instance or email info@scottishgamekeepers.co.uk
For the interest of those who watched the debate yesterday, the 19 votes in favour of rejecting Alison Johnstone's amendment came from
All the Conservative MSPs and Mike Rumbles, Liberal Democrats.
You may wish to send them a letter or email of gratitude.
Alex Hogg, June 18th, 2020.
Back to Latest News