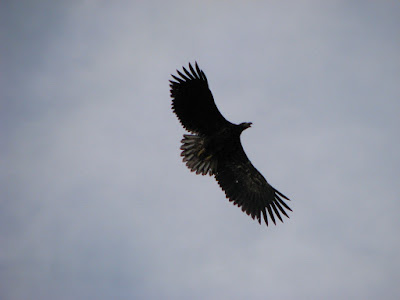 The news that a Sea Eagle had been found poisoned in Donside has dominated the headlines. It makes me personally sad and angry. We were quick to condemn it yesterday, as soon as we heard the news.
When the SGA formed, one of the first things we discussed at our earliest meetings with Government at the new Parliament was how we could get on top of poisoning in our countryside, which was getting way out of hand.
We can judge things differently today but anyone who has been in land management for any length of time will know that pesticide was used fairly liberally at one time. Sheep farmers, if they are honest with themselves, will nod to that and, in our industry, we knew it had to stop.
The SGA made a commitment at our AGM that we, as a newly formed organisation, were firmly opposed to the use of illegal poisons and that we would work to stop it.
Through my feelings of anger yesterday at this incident, I was also rippling at the suggestion from many online commentators that the SGA had not been able to control its membership when it came to poison.
There are a lot of good land managers in the area in question who I know would not have touched that bird. I know them and their management. That leaves unanswered questions and I hope the Police get all the support they need to find the culprits and bring them to justice.
Obviously, judgement has already been delivered in the courtroom of Twitter. I am not saying I or the SGA know anything different, because we don’t, but we certainly want to establish facts and hope the Police find those facts so we get more light as opposed to endless heat.
Secondly, the SGA has been a very important player in the successful reduction in illegal wildlife poisonings in Scotland. The official, verified figures (apparently now less important than figures produced by campaigning NGOs) show very clearly how land-management related poisoning has dropped dramatically in Scotland.
Incidents, these days, tend to be isolated and we welcome that, wholeheartedly.
That is why yesterday felt like a return to a different time. We have acted with zero tolerance when it comes to poisoning and, while our many critics prefer to ignore the official statistics, the numbers still speak for themselves.
When these incidents happen, amidst the anger and emotion, we tend to forget how far we have come from the 2010 figures showing 32 poisoning incidents in Scotland.
Official Scottish Government quarterly figures from SASA indicated that there were no incidents of abuse of poisons in 2019. See: https://www.sasa.gov.uk/document-library/wiis-quarterly-reports-2019
Again, many people will bat this away as irrelevant. To me, the figures are important. These are figures approved by the Scottish Government’s appointed toxicologists.
Wildlife crime continues, of course, and that is rightly met with scorn. Opponents of shooting, particularly grouse shooting, say tactics have changed.
The SGA acknowledges that some tagged birds have been illegally killed and this is unacceptable. We can make that message no clearer. We continue to work with Police Scotland and, for a small mostly voluntary body, commit a lot of our organisational time to wildlife crime related issues.
However, we do not believe that the numbers suggested are the truth and the proliferation of non-independent NGOs involved today in wildlife crime investigations makes it extremely difficult to get to the truth.
This, sadly, is now a politically weaponised field and that is why we petitioned Scottish Parliament last year for independent monitoring of satellite tags. The type of neutral information which bodies like SASA can deliver would be invaluable in getting to that truth, where there is nothing else but fury and noise.
As with this poisoned Sea Eagle, we want the facts. If you can help Police Scotland, do so by calling 101. 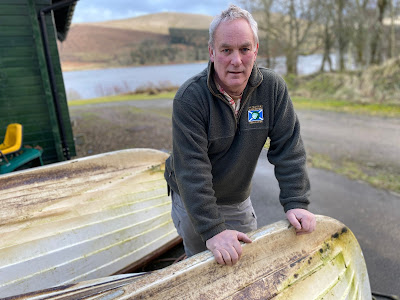