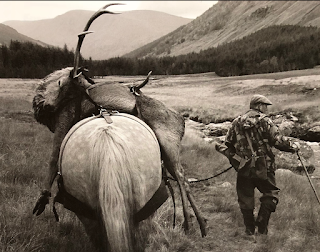 On Saturday, DEFRA's consultation on the import and export of hunting trophies into and out of the UK, closes. There is still time to respond so ACT NOW by clicking below:

Update: (24th Jan): the consultation has today been extended by 1 month to 25th February 2020. Please respond.

We have been encouraging our members and supporters to answer this important consultation because it will have direct repercussions in Scotland - if the proposals lead to a ban on hunting trophies.
The SGA has opted for no change to current rules and, in order for those who may want some guidance to help complete the consultation, we are publishing the official SGA response, here, to the principal question of why we propose no change (Option 4).

"Well organised hunting can be as much a part of a sustainable future for threatened species as mainstream state aided conservation efforts, and in some cases even more so."

The views of The Scottish Gamekeepers Association is that what is taken away from the activity of hunting (ie: a trophy or souvenir/memento of a hunting trip) is of secondary concern to the the way in which that hunting activity is carried out. The focus should be on the sustainability of the hunting itself- and the welfare of the animals being hunted- and less on the trophy.
Most countries devise their own laws regarding how hunting operates and it is the responsibility of each nation to ensure the sustainability of hunting- and welfare standards- within its own borders and in accordance with its own priorities. The agreed definition of what is a 'trophy', for the purpose of international regulation and enforcement, is currently adequate.
In our view, the greater spotlight on 'trophy hunting' as being a derogatory activity, or an activity worthy of societal scorn, could actually do more to endanger threatened species and communities than any organised hunting activity. As we see it, the debate on this has narrowed to emotional viewpoints, often advanced by celebrities or influencers, and there is now a real danger that hunting becomes synonymous ( in the view of the public) with poor moral values when, in fact, well organised hunting can be as much a part of a sustainable future for threatened species as mainstream state aided conservation efforts, and in some cases even more so.


We know, from our own experience, that the way to ensure rare species receive the appropriate level of awareness and funding, is to attach some form of connection or value to people. Some may find this slightly sad (that we cannot conserve without 'gain') and there is some sympathy for this viewpoint, but it tallies with human nature and we should not be overly surprised that there is less poaching, often more conservation funding and greater awareness of species' plights in areas where people have a financial incentive to keep animals at a sustainable number and in prime health ie: for the provision of controlled hunting and the accrual of accompanying financial gain.
While it is laudable that the UK is considering 'taking a lead' in this debate, there is a real danger that - in doing so- the UK becomes silently responsible for worsening the lives and living conditions of people in resource-poor communities, whose fates we do not have full cognisance of.

Hunting can provide a way for people to live in remote areas and provide for their families when other alternatives for meaningful employment or trade are few or virtually non-existent. When people live in these communities, the environments tend to be looked after and invested in. The hunting 'issue', therefore, is multi-factorial, with many shades of grey, and the current debate, often played out on Twitter, does not begin to scratch the surface of what is at stake for species or communities.
For this reason, The Scottish Gamekeepers Association , which represents 5300 members in Scotland, feels that interfering in this complex area, would be best left to situations where there is a necessity to do so ie: if cross-border enforcement is demonstrably not working. As far as we are aware, this is not the case.

Given the complexities and, in order to respect the right of individual countries to determine their own laws on sustainable hunting and animal welfare, we propose no change to present proposals. Hasty law, on the basis of emotion or an impression that there is a 'need to do something', could very well lead to a chain of unintended consequences which could be much worse for both animals and fragile peoples.
There is an argument to say that conservation funding can be sourced from hunting alternatives such as eco tourism and photo journalism. We do not hold the view that it is one or the other.
The reality, from those who have trialled both models, is that a mix- and some pragmatism- is often best. In areas where there are large densities of visible animals, photo tourism can attract visitors and funds. However, this is not everywhere and, in other circumstances, having smaller parties or hunters paying higher prices can be better for habitat preservation, can mean less disturbance and less requirement to provide built tourist infrastructure in fragile habitats.
In Africa, for example, 70 percent of wildlife occurs outside of full protected areas and nature tourism can be unviable in these areas because of remoteness and lack of accommodation. Again, this debate is not about the secondary 'trophy', it is about how a balance is struck, in regulation and other ways, by people on the ground in the countries directly affected.
Where we have acute concern with this consultation is with Option 3. We refer to our own situation, here, in Scotland.
We are very fortunate, as a nation, to have a visible presence of native wild herbivores. Deer are important aspects of our culture and identity, they help support 2520 jobs in remote areas and are regularly voted the favourite animal of the Scottish people.
Skilled deer management is necessary to regulate populations and ensure the overall health of wild deer and their habitats. This management provides employment, healthy food and habitat protection.
A percentage of the annual cull of deer is undertaken by visitors, often from overseas, who pay a lot of money to shoot deer under the expert guidance of a deer stalker or other trained deer manager. This money then circulates through communities (often in sparsely populated areas), providing crucial business whilst essentially providing a service which is necessary anyway (the management of deer populations to be in balance with their environments).
Many visitors who travel a long way to Scotland will want to take a memento of their trip back home with them so they can talk about it to their friends or simply cherish the memory. Often antlers will be taken back to other parts of the world. 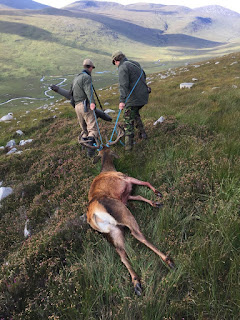 "Deer are important aspects of our culture and identity, they help support 2520 jobs in remote areas and are regularly voted the favourite animal of the Scottish people."

As an organisation supporting the lives and interests of professional deer stalkers and managers, we cannot support any regulation which could act as a disincentive to others to travel to our country and take part in sustainable deer stalking experiences.
Strict firearms laws as well as the personal decisions of some carriers not to carry hunting arms into the UK has already led to headaches for legitimate sporting businesses in Scotland and further moves which could reduce visiting hunters could impact on employment in rural areas.
At a time when the climate is in the spotlight internationally and there are moves to increase mitigations such as tree planting, the ability to manage wild deer populations increases rather than diminishes and moves which could restrict such management in Scotland will provide a net loss for conservation.
We do not believe that this outcome is what is intended by this consultation but, should option 3 proceed, we fear that this is what will happen.
As there is a requirement to select a second choice, we have opted for Option 2 although, ideally, we would not have answered anything other than Option 4. While option 2 sounds good in theory (everyone wants benefits to be ensured) it will be extremely difficult to police in reality and adds a further layer of difficulty likely to outweigh any potential gain.
Back to Latest News