The SGA and Lead Shot 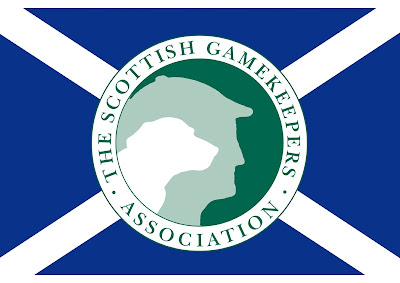 The Scottish Gamekeepers Association is wholly in agreement with the principal of seeking to be environmentally responsible.
Getting rid of plastics in ammunition, for example, is entirely sensible and there has been development in the production of biodegradable wads.
The issue of lead shot is presently less clear.
Evidence regarding impacts of lead traces in food is limited. What evidence there is tends to be contested. We are not blinkered on this matter.
The SGA Deer Vision, for example, seeks more Scottish wild venison to be consumed and we are aware that lead can be an issue- and perhaps a barrier- in some markets.
However, we believe more research is required on lead in food. Many foodstuffs contain lead traces. It is probable that other food products, perhaps less scrutinised than shot game, may contain lead at amounts which could merit public guidance.
There is a need, therefore, to study the impacts of lead in food, in the round, to ensure any proposed changes are well evidenced. The majority of people in our industry have eaten shot game all of their lives, from childhood- and during times where food testing and scanning was less comprehensive than it is today.
It is natural for them to be somewhat sceptical of lead impacts, given that they have eaten it all their lives without any quantifiable impact on their health.
That said, if quantitative and comparative science on lead in foodstuffs comes forward to suggest real dangers to eating products containing traces of lead then, of course, due diligence must be heeded.
Improvements have been made in non-lead ammunition in recent years. However, our members require to use reliable ammunition which takes into account animal welfare and shot safety. The evidence on these issues, amongst practitioners, remain mixed.
In Norway, for example, where a ban on lead was in place, the decision was made to reverse it on the grounds that the non-lead alternatives used did not offer a ‘clean kill’, in comparison.
Our members, whose responsibility it is to control wildlife populations, want to have confidence that the ammunition they are using is going to be effective, quick and humane. This is considered to be of paramount importance.
While they seek to be environmentally responsible, it is not their desire to be wounding animals during population control or to be endangering public safety due to issues such as higher frequency of shot ricochet from objects. Rather than shooing lead out the door without proper impact monitoring, they would prefer that trials were carried out, guided by practitioner knowledge, under ‘field’ conditions, allowing decisions to flow from there.
If alternatives were readily available on the market, which could match or improve upon the lead product in these regards, more people would be confidently switching, or would have switched already.
That said, as wildlife managers, it is not SGA members’ responsibility to manufacture new ammunitions. The manufacturers must take some initiative in providing viable alternatives in the marketplace, making them available at an affordable price.
The SGA agrees that environmental concerns are highly important. However, lead impacts must be better studied in case we fail to see other dangers rearing in our blindspot.
Back to Latest News