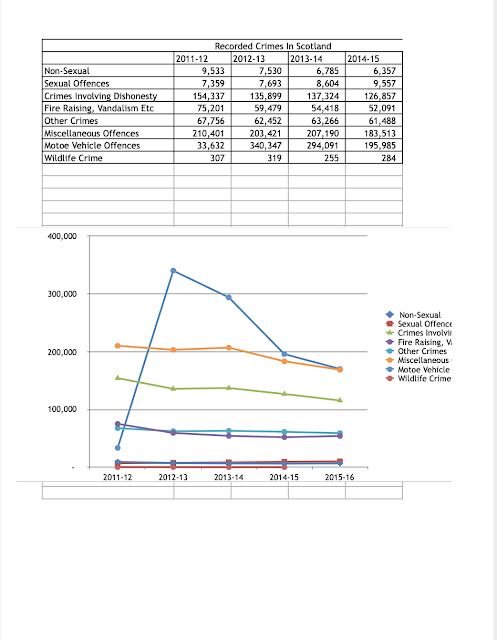 "In our sector it’s a really busy time just now. Folk are into their seasons, trying to work around Coronavirus and keeping visitors safe. Others are preparing for their season’s start. Getting something of a shooting season will make a big difference in the wee places which rely on this influx of visitors for turnover, especially this year.

You don’t often have the hours in the day to turn your hand to much else at this time of the year but after seeing some of the stuff on social media over the weekend, I thought I’d take a little time to address some of it.

People are rightly angry when there are cases of wildlife crime. I get it. So am I. It kicks the guts from you, but the lack of perspective on this issue is, I believe, presently, off the scale. I am quite staggered at how poisonous things have become, that venom being fuelled by unhealthy doses of misinformation. I only hope that those who are paid to represent constituents take the time to build their knowledge before making big decisions.

There are co-ordinated groups now operating whose reason for existing is to end shooting. They can weaponise big PR and political campaign budgets against busy land managers and their families, trying to make a living. Paid investigators are dispatched across the country from Edinburgh and Glasgow in search of the emotive picture to try to force legislation and to lobby. The invasion is relentless.

The commentary has become increasingly extreme as animal rights groups have become embedded at the centre of the Scottish political scene, trying to force the licensing of grouse moors. Perhaps they will succeed and move onto the next target, leaving the anarchic destruction behind them. You would have thought that, if the case was that strong, you wouldn’t have to do things like fit up fake photos on ‘reports’ and spout endless fiery rhetoric.

The poisoning of a Sea Eagle in Donside, as I’ve written before, was a shock. It was a shock to me and to everyone else at the SGA because everyone thought we’d managed to get beyond the use of illegal poisons. Only 10 years ago, these cases were in the low thirties in some years in Scotland. That was completely unacceptable.

These days, cases are very, very rare. Hopefully the Police can get to the bottom of that case; a bird found on a grouse moor, close to the edge of a Forestry Commission wood and with no visible sign of any other stricken birds around it- unusual in a poisoning case. If anyone has information, they should assist the Police in any way they can. Although agenda groups have continued to try to muscle in on the investigative side of policing, it is the Police- a neutral body- who are the investigative authority and information should be given to them, not others.

These 2 cases are the ones in the public spotlight and the anger has been noisy and pointed. That is understandable. One commentator suggested that SGA and BASC members are killing all Scotland’s eagles, forcing them to be reintroduced. What planet are people living on? The Golden Eagle population has never been higher than it is now in Scotland, donor eagles from game estates are currently bolstering the South of Scotland Golden Eagle project and when 59 young eagles were sent to Ireland for their reintroduction project, most of those eagles came from game estates, where productivity is high. Acknowledge the truth, please, at least.

Does persecution exist? Yes. Do we want rid of it? Yes but, please, some recognition of the progress made and the part game estates play in eagle conservation. Many have had eagles on their ground for decades and are rightly proud and defensive of them. They are a wonderful bird.

Just weeks ago, four young Hen Harriers were successfully fledged from a nest on a moor in the Angus Glens, the first for four years when a nest produced 7 successful chicks. Local gamekeepers put that success- and the one before- down to lack of disturbance by raptor study group monitors. As the licensed raptor worker who recorded the youngsters said: ‘things are changing in the Angus Glens.’ They may not be on Twitter but they are in real life and it is important to distinguish the two.

Despite the constant racket of those seeking to build support for the lie that every gamekeeper in the country is a criminal, it is interesting to see how recreational enthusiasts are dealing with the despoiling of the countryside by campers. When our industry makes the argument that all industries- from teachers to police to political parties- will contain rogue elements, the noisy bat that suggestion away. Should all wild camping be legislated against now because of the actions seen during lockdown? I am sure there will be vociferous resistance to that.

Last week, League Against Cruel Sports brought out a ‘report’ on trapping and snaring, claiming high numbers of animals being killed in traps and snares. The end numbers were extrapolated up from 7 holdings and a figure multiplied up from there, completely ignoring individual management objectives. It was put together from unverified observations from the side of roads by an anonymous ‘surveyor’ with an alleged game background and written up by Professor Stephen Harris; an individual accused of misrepresenting science, resigning from his University post by mutual consent. It contained so many confusions about what was legal and what was not that you couldn’t read it; one estate mentioned had actually had all its traps approved by the local wildlife crime officer. To top it off, a fitted-up photo was used on the front cover, to give it the appropriate ‘smell’. No wonder these people hated the Werritty report’s calm analysis of evidence.

This pamphlet is now in the boxset put together by Revive to end grouse shooting. When it comes to propaganda, Revive are the ministry. They have been wrong on how much of Scotland is grouse moor, wrong on wages, wrong on jobs, wrong on predator eradications, wrong on muirburn and wrong when it comes to wildlife. They compare traps and snares to ‘landmines’ and produce farcical ‘alternatives’ which they think can be practiced above 1500ft in Scotland on land with designations which would prohibit them.

They think they can wreck peoples’ lives and everything will be a land of milk and honey. I don’t see them all leaving Edinburgh and rushing to live in the remotest parts of the country where you barely get a mobile phone signal or enough broadband to upload your latest campaign video.

All industries, at all times, can improve. Since the Parliament was opened, we have had more change than most industries to deal with. Deer management is under constant review, there were major changes in the Wane Act, snaring has changed, trapping has changed, seasons have changed, muirburn is regularly reviewed, we’ve had Werritty, 2 land reform acts, sporting rates, Vicarious Liability, General Licence withdrawals, regular General Licence reviews and the recent Animals and Wildlife Bill. These are just off the top of my head- there’s been more. This is an industry constantly being reviewed and scrutinised but yet we continue to provide many benefits.

With no tax payer subsidy for shooting, the country gets over 11 000 jobs, significant income in taxes and VAT, tourism, food supply, the retention of globally rare habitats, the management of fuel loads in the countryside, un-subsidised deer management for food, animal health and habitat protection, benefits to rare species such as the Curlew and black grouse and protection for the farmer’s lambs in Spring, public health protection from pests, tick management, the creation of wetlands and woods for shooting, rural stewardship and the preservation of a culture which maintains work and opportunities for families to live in remote places rather than community being eroded through purchases of second homes and Airbnbs.

I hope politicians understand fully what is at stake and the type of tactics that are now on the go to discredit working land managers. There’s a sniper round every corner for us but we are proud of what we’ve given back to our country, in peacetime and war."