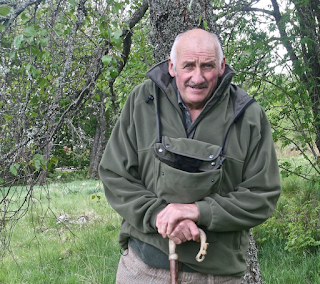 For some time now, the older generation who fished the River Dee when it was at its peak as a salmon river, and returned year after year, have been threatening that that this visit would be their last due to declining salmon numbers.

Up 'til now, many of them haven’t carried out that threat. However, the current situation we are now in and the prospect of a blank season may be the excuse some have been looking for to end their ties fishing the Dee. Hopefully not.

If, by some chance, fishing resumed later in the season, what would the attitude of locals be? Yes, businesses and everyone would like to return to normal but, as many fishers come up from the south where the virus problems may be greater, would locals be happy?

At present all hotels, boarding and holiday houses are closed, so where would fishers stay?

With this warm spell of weather, river levels are low and smolts are waiting for a rise in water levels for their journey down river to sea.

With inactivity and little disturbance on rivers, the impact goosanders have on smolts in these present conditions are a major worry.

Due to the close down, poaching on the river Don was a concern but thankfully, after three weeks, the water bailiffs managed to get on top of the situation.

A worry for many gillies laid off due to the current situation, is the lack of keeping on top of river bank vegetation. If nothing is done to water banks, it's a mammoth task getting them back in order for the following season.

*** Want to participate in the SGA Fishing Coronablog? All subjects will be considered, long, short or somewhere in between. The aim is to provide a forum for people who participate in fishing or make a living from it, to share experiences, to debate, share laughter, fears, DIY tips, whatever comes to mind.

If you want to take part, send your thoughts to info@scottishgamekeepers.co.uk with the subject: Coronablog. Send a photo, either of yourself or something appropriate to go with your entry. Videos can also be sent. Feel free, too, to make comments on the posts when we post them on social media.