Fox Control: Unglamorous But Essential In A Managed Working Landscape 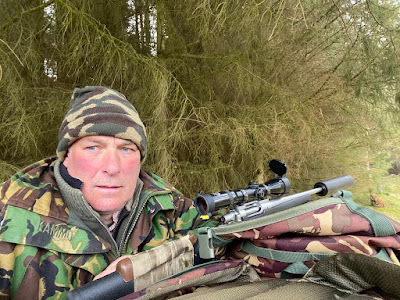 At this time of year, a lot of gamekeepers will be sitting out for hours managing foxes, sometimes into the early hours. Fox population management is time consuming and changes, in its nature, over terrain type.

This is is why managers require different tools such as shooting, legal snaring and sometimes using foot packs of trained scenting dogs in dense forestry (a favoured hiding place of predators), where shooting and snaring is either unsafe or wholly ineffective.

Gamekeepers on estates will do this primarily to protect the economic game species they get paid to look after in their working environment but the activity is also scientifically proven to protect rare ground-nesting birds and other species*.

At landscape scale, it is also providing a vital wider service to farmers at this time of year, ensuring that the lambs are not being killed; foxes being prodigious predators of farm livestock and poultry.
Some fox controllers and gamekeepers are specifically enlisted by farms to patrol their lambing fields at this key time. A lot of farmers, today, do not have firearms licences or the time in their busy day to carry out specific stock protection beyond fencing and maintaining fences. Fox management has benefits across the landscape and helps to protect the farmer's income.
The work of gamekeepers in skilled- and methodical- fox control, therefore, has wider benefits for many species and helps protect the UK’s food supply as well as providing game shooting income which, in turn, sustains many families in remote rural areas. 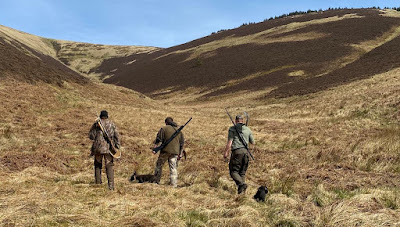 Crow management is also of particular benefit to farmers just now because crows, an abundant species, will peck at the eyes and tongues of ewes and lambs, causing pain and distress and, sometimes, loss, if an animal has been injured so severely that it has to be put to sleep.** 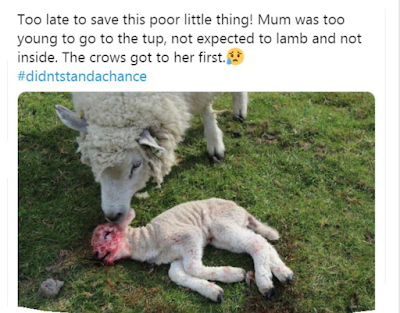 This work in controlling predators, unglamorous, always laborious and often misunderstood, is an economic service, serving biodiversity as well.
No one is managing the fox out of existence. They are a keynote species. However, their numbers need to be controlled in a managed landscape, which is what we have in Scotland, and this requires selfless dedication and long, long (sometimes thankless) hours.

When surveying the countryside vista and seeing healthy gambolling lambs, remember the farmers and the hours spent to keep stock in as good a condition as can be. These images are not the product of luck or accident. Consider the role of the next door keeper, too, who was probably up half the night pitting wits with the wily fox when everyone else was getting some shut-eye or guiltily catching up with something on Netflix. 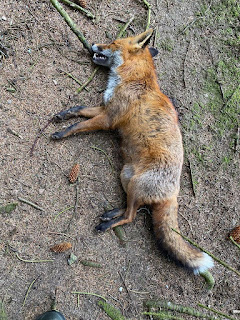 *Charities such as RSPB also sub-contract controllers to manage hundreds of foxes per year, to protect rarer species on their nature reserves. In 2016/17, it managed 414 foxes.
**Conservation charities employ contractors to do some crow management, acknowledging the crows’ prowess as nest raiders. In 2016/2017, RSPB managed 661 crows at 15 sites.
Back to Latest News