A four legged visitor, Scottish Government support and a warning to shoots and fisheries. 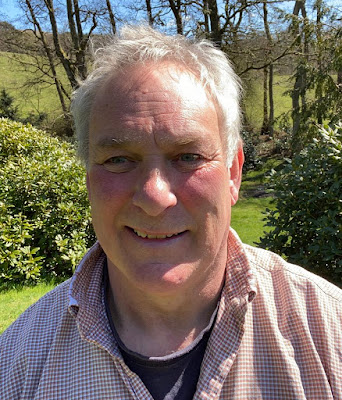 As we get deeper into lockdown, the challenges continue for all but, like life, there are always positives to find as well as negatives.

A few days ago, I went out to my kennels to find an unexpected visitor- a wee Westie- just sitting outside.

I went over and had a look for a collar but it transpires the collar had broken off. I waited, expecting the owner not to be too far behind but no one came so I got a collar on him (he was a right wee biddable thing) and put him in the kennel.

I waited a while, just in case the owner was searching about but heard and saw nothing so, later, I called the local Police station, who were really good, and I said I would keep the wee dog overnight and they could collect it next day.
My son put a notice on a local Facebook page and there was a response. He told me to expect a call, which I got from the owner.
It turns out the owner had been exercising with the dog and they had got separated. Anyway, at the allotted time, I tied the wee dog up at the end of the road so he could be collected, adhering to social distancing, and when I returned there was a bouquet of flowers and a bottle of whisky.
What a very kind gesture. The whisky will certainly come in very handy when the supplies are running low!
While the numbers taking access on estates have increased in many areas (they certainly have where we are), what has been refreshing is the lack of background traffic noise. All of a sudden it is quieter again!
Where I worked in Argyll, when I was younger, it was so quiet you could hear foxes rooting about. The only time I have experienced that, here, is during about one hour on Christmas morning, when people haven’t started travelling about.
Now, it is like that Christmas hour but even better. The birdsong is amazing. It is like hearing nature again. It is really something. 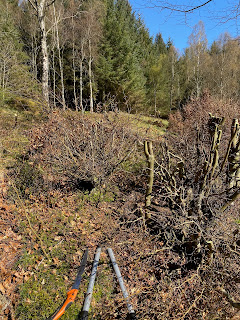 "Politicians may not yet be aware of the impacts a massively curtailed shooting programme will have on small rural economies in Scotland."

On Thursday, I will take part in my 4th direct teleconference with Scottish Govt officials about Coronavirus  support for shoots and deer forests. The calls have been useful in presenting the case but it is definitely the situation now where we need some answers on what Government intends to do, if anything.
It was good to see ADMG writing to Scottish Govt regarding support for the deer sector and BASC have also been building MSP support, but clarity is required from the Government’s officials now before the sector gets forgotten.
Sporting rates were brought back to bring shoots and deer forests ‘into line with other businesses’, so to then deny the same support given to others begs questions about the motivation at a time of crisis.
Smaller shoots are particularly vulnerable and we are also beginning to hear of gamekeepers being laid off on some bigger English shoots, who are curtailing programmes.
What happens in our sector is ‘real’ money, it does not normally require public help or support from lotteries or other schemes, but this is a unique time. Politicians may not yet be aware of the impacts a massively curtailed shooting programme will have on small rural economies in Scotland, with shoots bringing tourist spend, in season, from the UK and overseas and helping resident small businesses retain and keep staff in rural communities. These communities will already be disproportionately hit and can be less resilient to the body blows when things go belly up. By helping these providers now, Government will halt far bigger problems coming down the road.
On a final note, I’d like to speak up on behalf of members who are struggling a bit in the lockdown. Some have been furloughed and this can be hard for people who love being outdoors and keeping on top of things. Something the public maybe don’t fully appreciate is the care and love gamekeepers, ghillies and stalkers have for the land they manage. We have been hearing of furloughed river ghillies becoming quite anxious because they know the growing season is on us and their banks will be like a jungle if we ever get back to fishing. 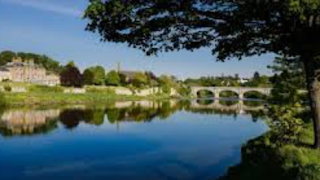 Fisheries are seeing a rise in poaching.

"This was a DIY shoot, built up by men of retirement or near retirement age..."

We had the very sad situation recently with syndicate SGA members losing over 30 years of work when their pheasant and partridge shoot was deliberately burned to the ground.
The incident has left them utterly saddened. This was a DIY shoot, built up by working men of retirement or near retirement age. They would go and invest time and their own money, building huts and kitchens and just using their own initiative to build a wee haven for them to go on their shoots and work parties. 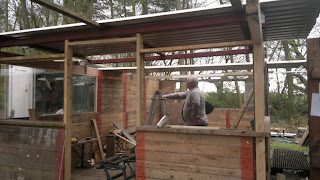 The building of the Bellefield Shoot
Anyone who has taken part in anything like that will know how much it gives to people; a sense of community and shared purpose, fresh air, treasured memories, lots of stories, camaraderie, a few drams.
It is the sort of thing that gives you a warm sense of wellbeing and friendship, even in the darker times.
Now all of that is gone.
With less people able to check on the site because of lockdown restrictions on non-essential travel, criminals took advantage and torched the place.

The Shoot in happier times.
The members contacted us so we could get the message out to others that anti-shooting campaigners are still operating and may use the present situation to better their ends.