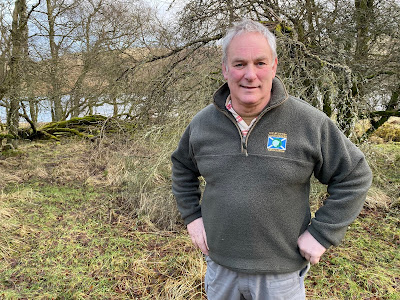 "It’s been another difficult week for everyone as we get to grips with changes in our lives. The SGA has been busy on members’ behalf."
Last week word started to come through that members were being excluded from Government support because shooting and deer forests were exempt.
See here: https://www.pressandjournal.co.uk/fp/news/aberdeenshire/2113951/coronavirus- gamekeepers-left-out-of-government-funding-package-fear-extreme-hardship/? fbclid=IwAR1vwzKjiGqeitXwlbdz-mdglsizKxLc9XfQyloujq-fmxCCPkz3SYrfcZI
We have been trying to get to the bottom of this, speaking to impacted members and engaging with Government ministers.
On Thursday I was involved in a helpful teleconference with some other rural stakeholders and put forward our members’ case. We have been told that 4 Government officials will be assigned to looking at countryside businesses who have been left with little, and have been cut out of the type of support other businesses in exactly the same situation are receiving. This is a nightmare for small operators and jobs will go.
Personally, I think this has been poorly thought through and should have been discussed. Civil servants have a poor understanding of how rural businesses in our sector operate. We will continue to fight for our members’ rights and there are to be more discussions this week but we want to see firm action from Scottish Government, not just talk.
For example, some of our members are paying sporting rates. While other rate payers are getting payment breaks, sporting rates are exempt. This looks very much like discrimination and it cannot continue. Deer stalking businesses can be marginal at the best of times. They now face Coronavirus-related income cuts, with people not booking, and sporting rates.
If this is ideological, politicians should remember the people most hit will be the small operators trying to eke a living in remote Scotland.
The money sporting business creates for rural Scotland is considerable. It is real money, not part-public and state-aided and it will help to get wee places back on their feet again when we all emerge from this, whenever that might be. Government has a duty to represent all sectors making up the economy of Scotland and not just to prop some and cut others adrift. 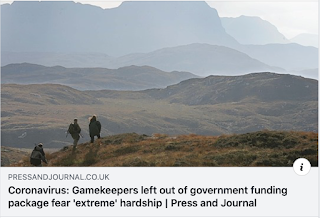 Muirburn
This week, we saw Green MSP Andy Wightman’s amendment being passed to stop muirburn in Scotland for the term of the Coronavirus Bill.
As I said in our statement, the SGA sought official advice from Government bodies and the relevant authorities regarding muirburn. We did so because our members, rightly, wanted to know the official position. When they asked us, we gave them the official position.  If this was re-run tomorrow, we would do exactly the same.
The position of SNH was that muirburn was a legal and legitimate land management activity and, providing the Muirburn Code and Government guidance on distancing could be followed, was a matter of individual choice. The Scottish Fire and Rescue Service were in contact with us and, at no time, suggested that muirburn should stop providing the guidance was followed. Both of those positions remained the same until the vote was passed in Holyrood to stop it. The Scottish Fire and Rescue Service, at no time, attended any Scottish muirburn fire.
I have no doubt that some MPSs who voted in favour of the amendment did so purely because of Coronavirus concerns and I fully respect that reasoning.
I am also in no doubt that some others saw this as a political opportunity to push a pet dislike, goaded on by RSPB and other anti grouse moor factions, in order to bring this in, in disguise, while Parliament’s mind was distracted. Murdo Fraser, in opposing the amendment used the word ‘vindictive’. I cannot disagree with that.
We move on, but this act, at this time, will be remembered long in the minds of the land working countryside.
See our statement, here: https://news.scottishgamekeepers.co.uk/2020/04/gamekeepers-comment-on-governments.html
Irresponsible access during lockdown
A lot of members are continuing to deal with irresponsible access by people on the ground they work on. It is very clear that Government guidance is not working.
Where we are, I’d say the amount of people around our estate has quadrupled and we are busy at normal times. Last week, we erected a sign, which was torn down. The arrogance of some people is staggering. Last week we had mountain bikers who had come 15 miles. They don’t even look up to acknowledge you are there or raise a hand. They are head down at speed, opening and shutting gates with bare hands and very little respect. In my own family, we have people with health vulnerabilities who are rightly concerned about Coronavirus, and the amount of traffic is making a lot of rural workers more at risk than ever. 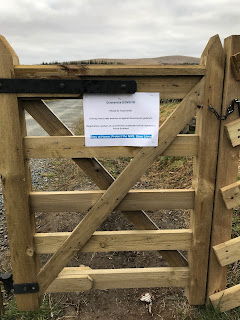 I’ve had local people call me to ask if it is ok to walk and I say: of course it is. They show respect because they know what it is like living in these places. Sadly, some folk are treating it like a holiday park. At the moment, there is lambing going on, here, but it doesn’t make the blindest bit of difference. It will be interesting to see what happens this weekend.
As we said before, in a previous blog, maintain calm and proper distancing if you have to approach people to ask them their whereabouts but it is for the authorities to police the lockdown, not us.
Fox control in public forestry
Finally, I noticed reports emerging yesterday about fox control with hounds in public forestry. The article was a sad example of how countryside issues are reported today. See here: https://theferret.scot/ewing-fox-control-hounds-forests/?fbclid=IwAR1BWwf97xiRp- Ltw6tAaLqOI90FLHVIxZMssw0FQ1Kxhhg7UCd9EzvE1e0s
Some of the anti shooting groups, whose sole reason for being these days, it appears, is to put people like me out of work, have been patting each other on the back for participating in it.
I’d just like to say that, if we manage to bring the Curlew back from the brink, individuals like Fergus Ewing should be given a medal, not criticism.
The day we cannot control foxes in thick forestry with a pack of dogs at foot is the day species like the Curlew take the step towards the exit door. The people crowing just now will have helped to play a part in that.
Stay safe. Follow guidance.

If you have not visited our YouTube channel, you can see our latest film update on Coronavirus and your work, here: https://www.youtube.com/watch?v=dA8Ljxf20RE
Alex Hogg, Chairman. The Scottish Gamekeepers Association. April 3rd 2020.